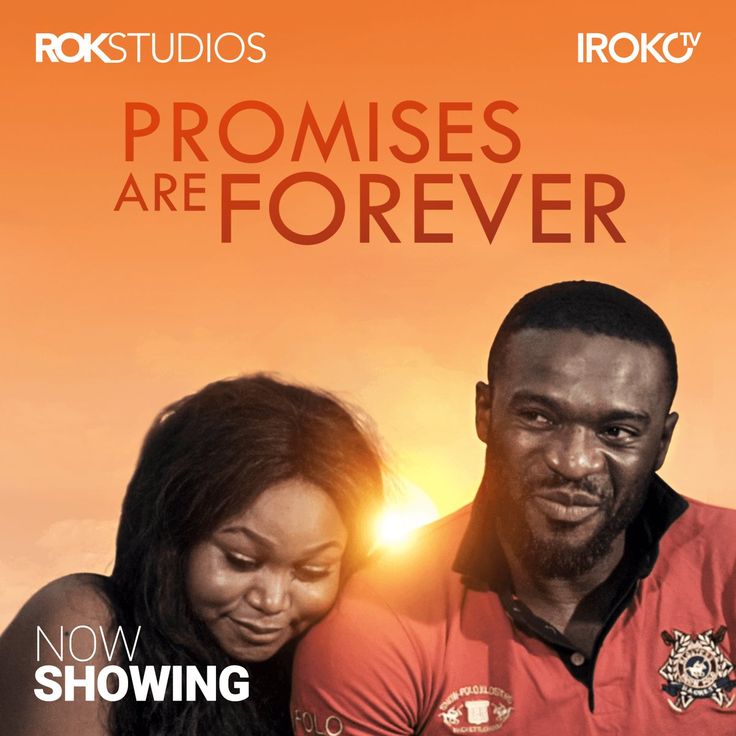 “Teenage love never dies”, for a few people the quote is true but for many others, not so much. In “Promises are Forever” we realize that some people live to dwell in what they had as teenagers.

Daisy and Dan are secondary school classmates and lovers. Eventually they graduate. Daisy who comes from a richer family is flown to complete her studies abroad while Dan is left in Nigeria. This interrupts their love. Dan’s family also experiences a setback that forces them to move to the slum. He matures to a man without anything to do, interview after interview, he fails but when he eventually gets a job, it re-unites him with Daisy and their love story continues.

There have been several similar love stories released in Nollywood, and with “Promises are Forever” we get a repeated story, exactly the way it has been said over again. The writer tries to convert her story to inspiration by creating a philandering Dan and not one who sulks at his lost love, and a Dan who is willing to work hard. She also does this by focusing squarely on making Daisy an ambitious woman that becomes a threat to the people at work because of her work ethic but this story has been acted with several veterans in the industry, and the aim of reviving this old tale of teenage love always finding its way to continue does not work.

Kenneth Okolie and Ruth Kadiri are Dan and Daisy. The chemistry is not there but they are both good actors and they sustain us. The film drags for too long with a major focus on Dan till we finally meet Daisy. For Daisy, we follow how she breaks up with a lover because she cannot just concentrate on any other person but Dan.  Many of the scenes in ‘Promises are Forever’ are unnecessary. Dan mingles with uneducated people in a crime flourishing area but he is educated and instead of impart the people with what he knows, he lives as one of them. His very close friend, Black Jesus, is prominent in the film as the ghetto-talking friend, he is Dan’s right hand man and together, they are supposed to keep the story going but the attempt at mixing Dan’s smartness with Black Jesus’s street gimmicks does not work.

The story is simple, it is a story of teenage lovers re-uniting later in life, and there is no need to carry the viewer in circles and that is the mistake the film makes.

Visually the filmmaker does a good job with creating a painful picture of the slum where Dan lives. The sound is great and so is the picture.

Promises are Forever earns a 5/10 from Xplore.