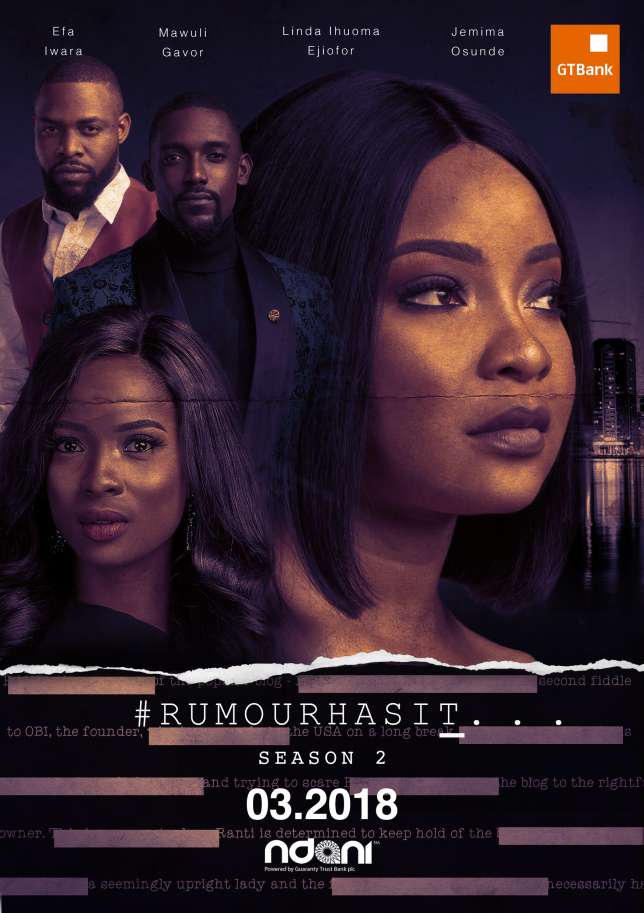 If  you were a fan of the first season of “Rumour Has It”, there are a lot of changes in the new one that might get you excited or get your eyes rolling.

The new season focuses on Dolapo, the CEO of an NGO called Sheroes. Dolapo seems to have a really good life, but a few bad choices threaten to ruin her.

The first episode introduces us to Dolapo and we see her in a meeting with Ranti, who has managed to survive the storm from the first season. Dolapo meets up with Ranti to discuss the terms of a collaboration between her NGO Sheroes and Obi’s Rumour Has It blog. Ranti, who has been given a little leverage on controlling “Rumour Has It” is rude to Dolapo. This spells trouble and is the first drama that the new season offers.  It also opens up a lot of possibilities for the new season.

The new season looks like a battle between Ranti and Dolapo; Ranti and loneliness and Dolapo with her love choices. Ranti betray Obi, one more time, by buying the domain name to “Rumour Has It” and throwing the CEO off her life’s work.

Dolapo, who seems to fall in love in the first episode also shocks us with a betrayal just before the end credit rolls.

The second season of “Rumour Has It” has a lot of new faces and a lot of the old faces we know, are missing.

Jemima Osunde and Linda Ejiofor are set to carry us through the whole season and they have given us an interesting bit with the first episode.

We have our eyes fixed on the new season and will keep you updated as we go further.