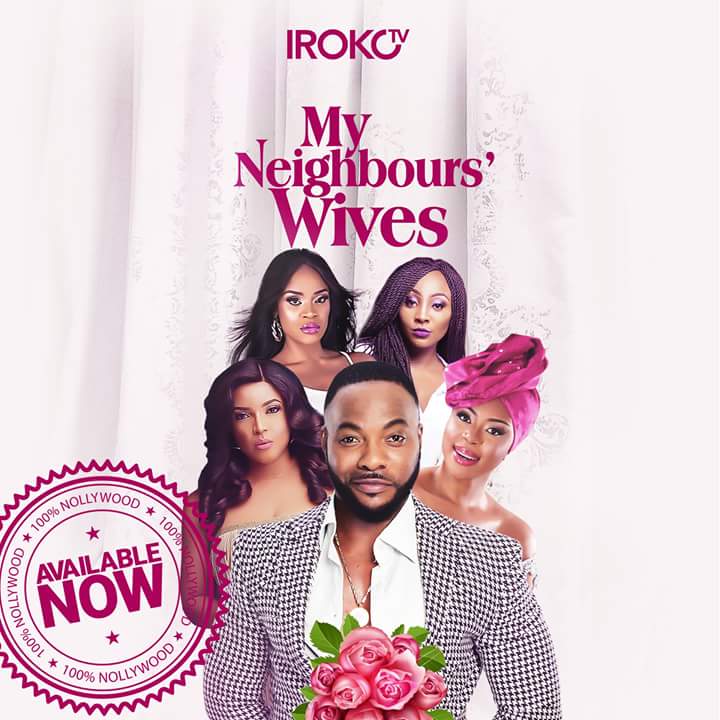 Once in a while, a new star is bound to break out and cause quite the stir on the social scene. Recently, that star has been Bolanle Ninalowo and he is the perfect fit for a new series that pays homage to good looking men.

My Neighbours Wives is iRoko TV’s newest series and it follows the life of Desmond (Bolanle Ninalowo) an actor who moves into a new neighborhood,  and his female co-tenants are interested in their hunky new neighbor. Desmond has a girlfriend though, and at first we watch him act surprised about every attention he gets from the women in his neighbourhood, but he should be used to it, after all, he is projected to us as a successful movie star.

My Neighbours Wives is there to make its audience laugh, and in part, it is a tribute to Bolanle, who has a good time playing his part as Desmond. He gets gift, food and so many offers from the women in his compound. I am not going to get into how the series does not give the female characters much to work with, because as we all can agree, there is art created strictly for entertainment and this is one of them. If you are looking for a series that will make you giggle,  then this should do it for you. If you are concerned about how women are represented on screen, you can let this one go.

Uche Ogbodo is a standout performer in this one. Many of the actors are new and there are some characters worthy of note on this one. The director takes inspiration form Ebony Life’s “Desperate Housewives Africa” and even though his production is budgeted at a lower cost (this reflects) he does a good job of providing his selected audience with something to keep them entertained.

My Neighbours Wives might not be a show for everyone, but if you like to watch women scramble and quarrel over a man, then you should check it out.