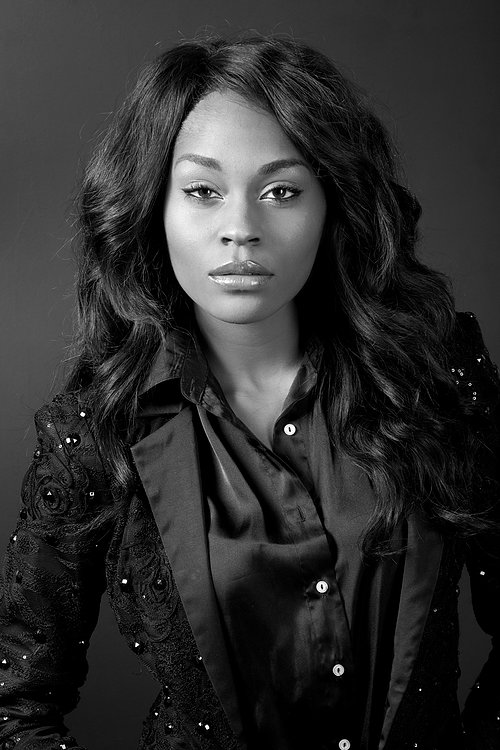 Rising actress Somkele Iyamah-Idhalama is blazing a trail and taking no prisoners. The actress popularly known for her role as Yvonne in the drama series, “Gidi Up” has 3 movies lined up for the upcoming 2016 Toronto International Film Festival (TIFF).

While she might not be taken on lead roles, Somkele is slowly edging her way into the industry, taking the productions one step at a time.

Asides featuring in 3 of the productions lined up for TIFF2016, scheduled to take place from the 8th-18th of September, the actress along with OC Ukeje have been chosen for the inaugural year of the TIFF International Rising Stars.

The two Nollywood actors will take part in a series of specialized programming that includes media training, seminars with casting directors, one-on-one meetings with filmmakers, as well as a series of unique networking opportunities, all organized by TIFF’s Industry team. They will also attend major events with the established Hollywood names we are all familiar with. Moreover, the actors will be front row centre at some of the biggest red-carpet events at the Festival.

Now isn’t that something?

The mother of one and graduate of Biochemistry from McMaster University, Canada, is one actress Xplore will definitely by keeping an eye out for.

Watch the trailers of her movies here:

The Arbitration tells the story of Gbenga and his employee Dara who had an affair. After the affair ended and Dara left the company, she sued Gbenga and accused him of rape. An Arbitration panel was constituted to find out the truth.

‘The Wedding Party’ is a riveting tale of the complexity of love. It is the story of Dunni Coker, a 24 year old art gallery owner and IT entrepreneur Dozie. The couple took a vow of chastity and is looking forward to a ground-breaking first night together as a married couple. The synopsis reeks of the movie ‘Jumping the Broom’ but I am excited none the less. With a myriad of stars from Adesua Etomi, Banky W, Alibaba, Sola Sobowale, Ireti Doyle, Richard Mofe-Damijo, Zainab Balogun, AY, Ikechukwu, Beverly Naya, Eyinna Nwigwe and Lepacious Bose, the movie which wrapped up filming, promises to be very entertaining.

When Patrick Sawyer a Liberian-American collapses upon arrival at the Murtala Mohammed International airport, Lagos – Nigeria. He is taken to First Consultant Hospital, where he is admitted with fever like symptoms. Against his denials of contact with any Ebola victim in Liberia, the team at first consultant led by Dr. Ameyo Adadevoh quickly deduce there is more to his case than malaria. Their vigilance leads to an early detection that Mr. Sawyer indeed had the Ebola Virus disease. Now it’s a race against time to contain a deadly disease from breaking out and infecting an entire city population and beginning what could be the biggest deadly disease outbreak the world has ever known. The scare is palpable across the country. The doomsday scenario imagined is here. Over a 93-day period from when Sawyer comes in men and women from Nigeria, WHO and MSF do battle with this deadly disease. At its core, 93Days is a compelling human story of dedication, sacrifice, resilience and survival.