Boko Haram has caused Nigerians great pains in the last few years. The terrorist group have fought to end education and are responsible for kidnapping the Chibok girls in Maiduguri. Although the Nigerian troop and many international bodies have made an effort to end the attacks from the sect, they keep finding new methods of attacking unsuspecting victims. In 2018 alone, they have been responsible for killing hundreds of people, including soldiers who were fighting the group in Borno, Maiduguri.

According to a new report from Hollywood site, Deadline, the terrorist group have inspired a new film called Rise. 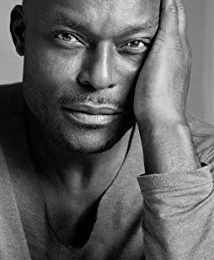 Parading stars such as Sasha Morfaw (BlackPanther), Jimmy Jean-Louis (Claws, Heroes), Sure Bradshaw (Veep), Sydelle Noel (GLOW) and Peter Mensah (300), it is inspired by the real-life conflict between the Nigerian people and the Boko Haram insurgency, the jihadist rebel organization responsible for kidnapping hundreds of girls and women and enslaving them in the sex trade. Rise will be helmed by first-time feature director Maritte Go.

Rise follows an 18-year-old Nigerian princess (Morfaw) who allows herself to be kidnapped by Boko Haram in a harrowing attempt to save her younger sister, eventually going head to head against Boko Haram’s most dangerous and calculating leader (Jean-Louis).

No release date has been announced yet.