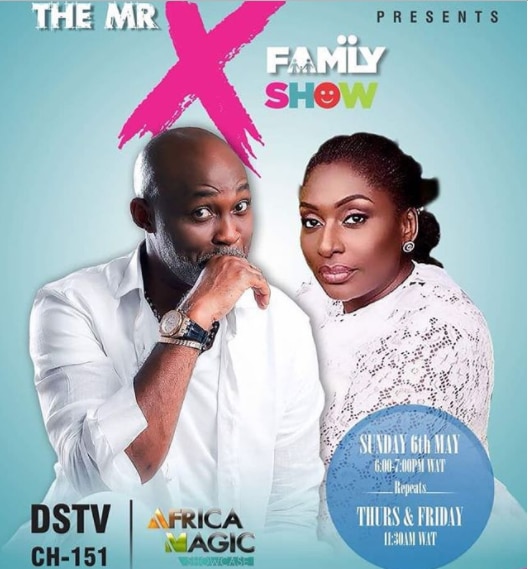 About two decades ago, Richard Mofe Damijo and Ego Boyo featured in “Checkmates”, a TV show that kept some of our parents excited and remains a classic. The two also featured in “Violated” a story about a man (RMD) from a rich background, who finds and falls in love with a woman (Ego Boyo)from a poor background.

To give fans, what they have been asking for, the two actors reunite in “The Mr X Family” which will be showing on Africa Magic.

According to the actor:

“I can only hope that getting back together again on TV will tickle fans of Ann Hathrope and Segun Kadiri and the fans of Tega and Peggy who have been craving to have them grace their TV screens again,” RMD had said about this reunion when he made the announcement in 2017. Ego and I are pretty excited about this and hope the excitement catches on”.

The reference to Ann Hathrope and Segun Kadiri is to the characters they planned in “Checkmate”. Ann Hathrope falls in love with her arch-enemy, Segun Kadiri, who was played by a visibly younger Richard Mofe, from 1991 – 1995.

The TV series is set to make its debut on the 6th of May at 6PM, on DSTV channel 151, Africa Magic Showcase.

Next Post “Made in Gidi” is almost here! Linda IkejiTV introduces Housemates