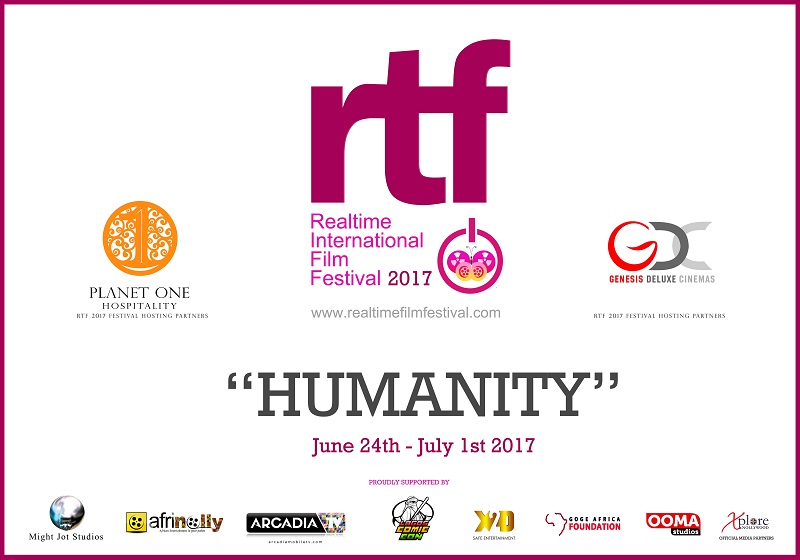 All roads lead to the second edition of the Real-time International Film Festival set to kick off on the 24th of June to the 1st of July, 2017. The press briefing held at Planet One Hospitality on the 20th of June, 2017, and among those in attendance were the Auteur and Artistic Director – Stanlee Ohikhuare (Idahosa Trails, Coat of Harm), the multiple award winning Eric Aghimien (Slow Country), Sambasa Nzeribe (2017 AMVCA Best Actor), Kiki Omeili (Gbomo Gbomo Express), Patrick Doyle (Behind the Wheels) and a host of others.

It’s the first African festival for filmmakers by filmmakers, with strong emphasis on technology which supports remote participation – making it truly a global festival that can be attended from any part of the world. Filmmakers can participate via Tele-Presence, Video Conferencing, Live Streaming and Skype. The festival is poised to be the biggest and most innovative in Africa. During the inaugural edition last year, 800 films were submitted. Due to observing high standards, 500 films were submitted this year. The films are expected to stir the conscience and drive social change by the end of the fest.

A total of 148 films from 40 countries will be screened in 7 days at Planet One Hospitality and Genesis Deluxe Cinemas, Maryland. Films that didn’t make it into the official selection will be viewed on the 24th of June at the Afrinolly Hub between 9am to 6pm. Planet One will be a mini film village for the duration of the festival, and a total of 43 screening hours will culminate in 35 award categories.

The opening ceremony will screen What Lies Within at Genesis Deluxe Cinemas and all activities will be streamed live on Arcadia Mobile TV. Masterclasses on directing (Steve Gukas) and acting (Taiwo Ajai-Lycet) will also hold during the festival. Highlights will be on Wednesday, the 28th of July, when smashing new technologies available to filmmakers will be showcased.

The Real-time International Film Festival has also partnered with Lagos Comic Con for comic creatives to meet the movie industry and liaise with illustrators, animators and VFX supervisors among others. There’d also be a script writing session (with Victor Sanchez Aghahowa), a producer/director’s round table, Film marketing session, Komotion Technology session, the Comic Con session, and lots more.

Other activities would include rap and dance battles, open mic challenges, masquerade demonstrations, pool and costume parties, Meet and Greet Cocktails, a cultural night facilitated by Goge Africa, and a Welcome to Lagos Tour among others. Filmmakers taking part in the real-time film challenge stand to win one of the most prestigious Hour Glass Awards. The event promises to be an equal playing field for all movie-lovers. It’s for filmmakers, by filmmakers.

See photos from the press conference:

For more information about the RTF, check them out on these platforms

Xplorenollywood is an official media partner of the RTF