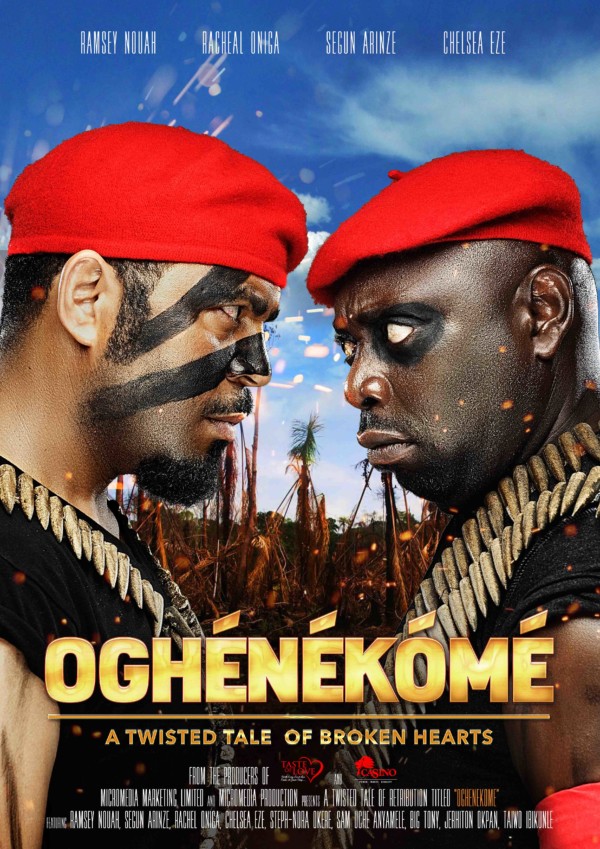 In a feature that looks like something out of the early 2000’s, Director, Imoh Umoren has reunited Segun Arinze and Ramsey Nouah for “Oghenekome”. The Director took to his Instagram page to make the announcement.

It has been 25 years since Ramsey Nouah  featured in a TV series as Jeff Akoh in “Fortunes”. Segun Arinze who is also identified as “Black Arrow” has consistently featured in films, mostly as the villain, since the 90’s. His turn in “Oghenekome” does not look different.

Ramsey and Segun featured in the tearjerker “Love of My Life” alongside Kate Henshaw.  This will be the first time they will be reuniting on screen since the project.

Umoh Imoren who directed “The Happyness Unlimited” took to his Instagram page to call”Oghenekome” the most difficult project of his entire career. See his post below:

One of the hardest things I’ve ever directed is coming out in a bit. After directing this series for months and months I wrapped, went home and didn’t come downstairs for three days. Few days later I went to a meeting and my brain refused to function. Lol. Grateful to God and my producers for the opportunity. We put our blood, sweat and tears into these things