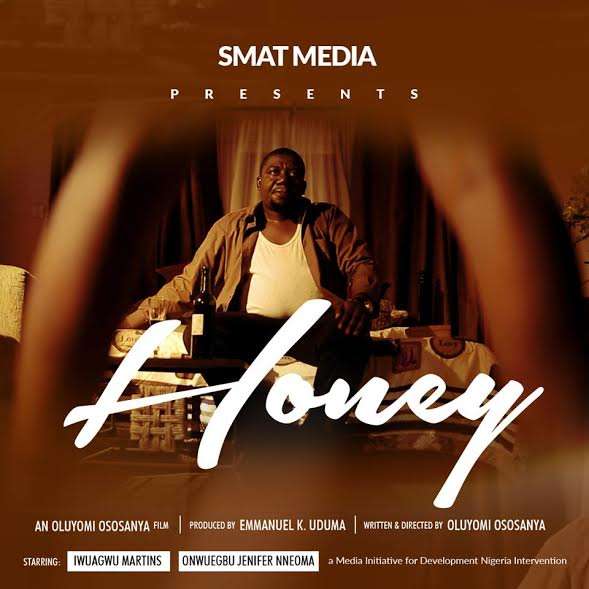 From the title and duration, I had a funny suspicion this short would bear upon issues related to sex workers, something like in Bariga Sugar. And true enough, the story tells of a secondary school student (by her plaid uniform) who keeps a side job as a call girl. Money from the look of things, wasn’t the determining reason for her trade, for she looked well off. Her parents were simply absent, both physically and in her life, attending to supposedly more important matters.

A certain video effect, for want of a word, looking like a sort of mist or haze, made switching from wide to close-up shots easy on the eyes. I loved it. But too much of everything can be bad, and eventually this misty effect gets into a ‘Happy Birthday’ note that disturbs it’s legibility. The use of text pop-ups as a substitute for audible phone conversations were also great. It helped the visual/reading experience. The actors were nothing less than believable, from the lip-licking Chief (Iwuogwu Martins) to the impressively made-up female student (Onwuegbu Jennifer Nneoma).

The short film, which screened at the 2016 Real Time Film Festival, was written and directed by Olu Yomi Ososanya – a film culturalist whose other works include Two Can Play, Reciprocity, Bliss and Scribology. He was also a screenwriter for the short film Erased (directed by Baba Agba) which was selected for the Cannes Short Film Corner in 2016. With an M.A in Creative & Cultural Industries from the London Metropolitan University, the director’s wish is to make kick ass off the wall fun movies.

Produced by Emmanuel Uduma, Honey is an enjoyable combination of colors, screenplay and a parental call to attentiveness/action against child prostitution. Watch the short film below and share your thoughts.

Previous Post Get Ready To Be ‘Lost In London’ With Uduak Oguamanam!

Next Post “Discontent” concentrates on teaching Women forgetting that Men have issues too!