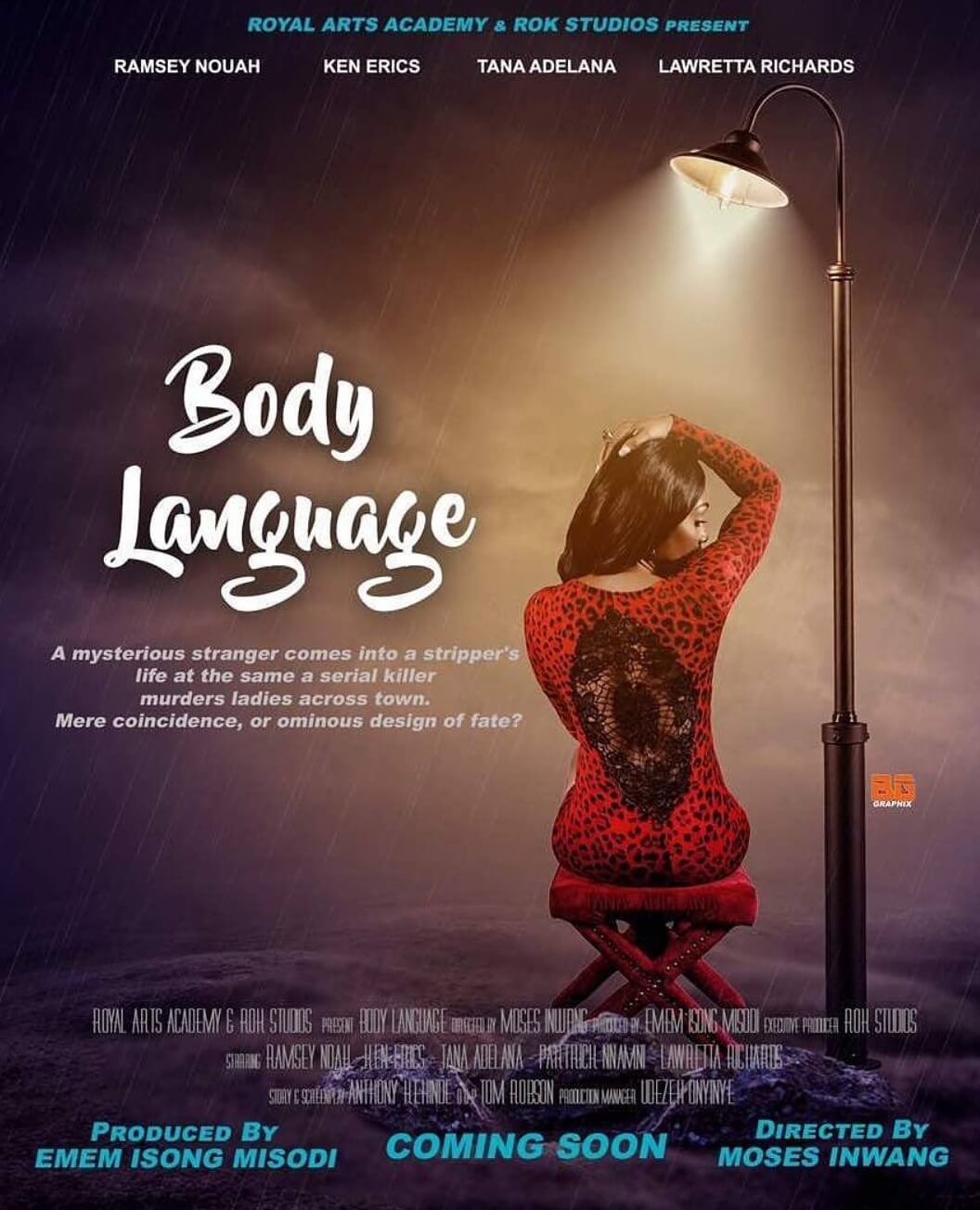 Get ready for Body Language, a psychological thriller expected in cinemas by the 20th of October, 2017. The film is a Royal Arts Academy collaboration with ROK Studios, directed by Moses Inwang, and set to be distributed by Blue Pictures.

From the synopsis, Body Language is the story of how a mysterious stranger comes into a stripper’s life at the same time a serial killer goes around town murdering ladies. One is left to wonder if it’s a mere coincidence or an ominous design of fate?

The screenplay was written by Anthony Joseph and the film was produced by Emem Isong Misodi, a screenwriter and filmmaker whose directorial credits include Champagne and Code of Silence. She’s also produced films such as Apaye, Don’t Cry For Me, and Ayamma.

Next Post Movie Review: “Over the Edge” dramatizes an insecure woman in a marriage!