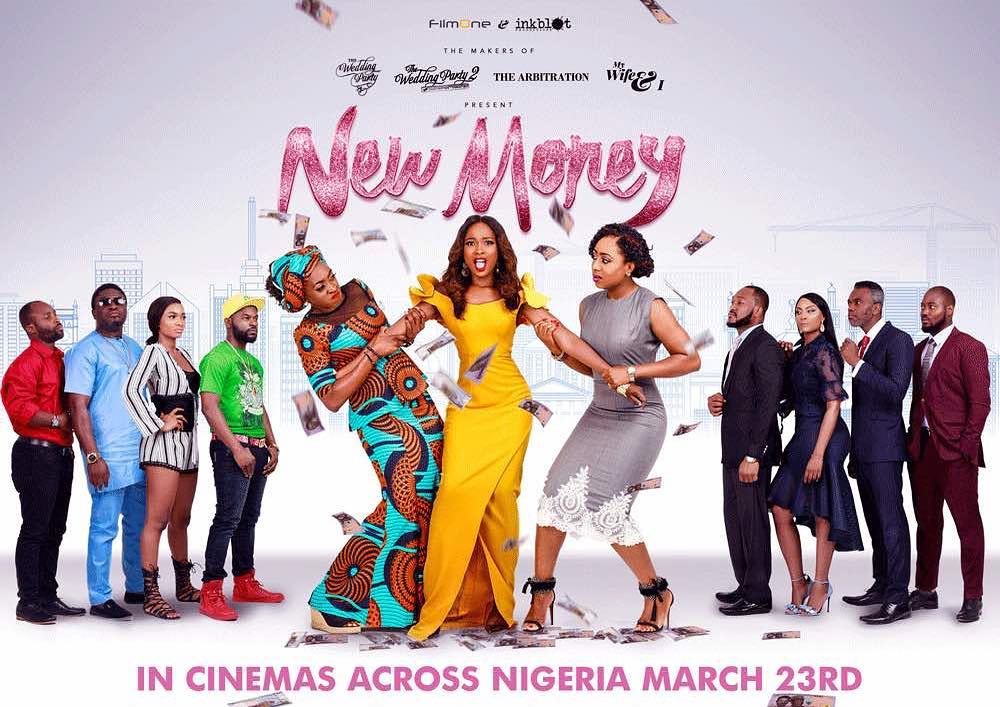 The captivating teaser for New Money has been released, a movie set to be in cinemas on the 23rd of March, 2018. The comedy drama tells of Toun, a young girl coming to terms with sudden wealth. We follow her journey as she tries to successfully grapple her newfound wealth, as well as juggle love and life. New Money was directed by Tope Oshin (Evol, We Don’t Live Here Anymore), a multiple award winning motion picture professional with extensive credits in film and TV.

In December 2015, Oshin produced Fifty to break box office records upon it’s release, taking N20 million in the first weekend. In 2016, she directed Amaka’s Kin: The Women Of Nollywood to address the issues facing female directors working in Nollywood, a male-dominated industry. Described as a “Filmmaker for Change,” Tope is also known for directing soap operas such as Hush, Hotel Majestic, and over three hundred episodes of Tinsel.

New Money was produced by Kene Okwuosa, Zulumoke Onuekwusi, Chinaza Onuzo, and Isioma Osaje. Shot by Pindem Lot and Idowu Adedapo, this InkBlot production (makers of Taxi Driver and The Wedding Party) will be distributed by FilmOne Distribution. The film was written by Chinaza Onuzo, a producer known for The Department and The Arbitration.

Next Post “The Ghost in The House of Truth”: Ego Boyo & Akin Omotoso team up again!