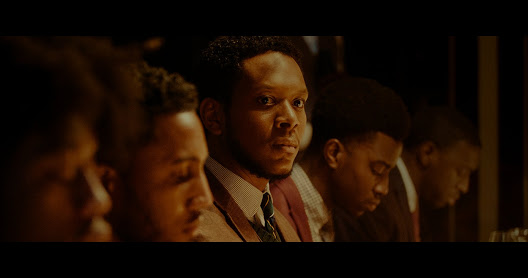 Uche Aguh, is a Nigerian- American Doctor turned Filmmaker, who attained some level of fame for being the brain behind the wedding film for ex-destiny child singer, LeToya Luckett.

The House Invictus moulds itself after horror frat movies like Goat (2016) and Frat House Massacre (2008).

Set in a respectable and quiet college society house for young, gifted and talented black men, in 1980’s Georgia, The House Invictus is a psychological thriller that examines the shared history of black folks in America, both modern and past. Blood, chaos, upheaval, sex and religion, and its cultural fallout blended with the psychology of race, masculinity and the power of brotherhood.