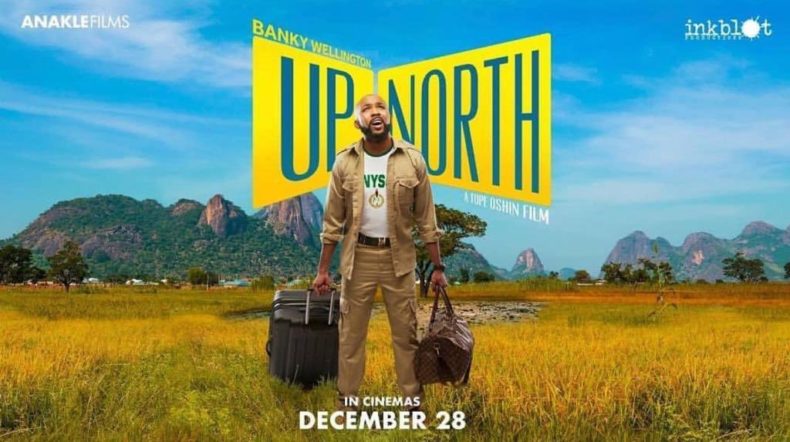 Inkblot in collaboration with Anakle have released the first trailer for “Up North”, a film directed by Tope Oshin.

The film will follow a young rebellious heir whose NYSC year doesn’t quite go according to plan, as he is sent up North. Shot in Lagos and Bauchi, the film explores love, friendship and family politics, all of which collide, creating memories to last a lifetime.

The movie will be released on the 5th of December.

I'd like to thank the enemies from my village that were clearly responsible for all the punishment I suffered in this film. With Mrs W as my acting coach, and @topeoshinfilm as my director, I hope I did them proud… alongside the most amazing cast and crew. If you love me, you shld go see the film to support. If you hate me, you shld see it too, to laugh at my pain. I believe we made an amazing film, and I hope y'all will feel that way too. It's called "Up North" and it drops on Dec 28th. Please share.

Anakle is a Digital media agency and “Up North” is their first feature film collaboration. Inkblot, on the other hand has produced some of the most popular films in the last few years. Some of their collaborations include: “New Money” directed by Tope Oshin, “The Arbitration” by Niyi Akinmolayan, “My Wife and I” by Bunmi Ajakaiye.

Next Post Belinda Effah set to make a debut as producer with “Miracle”!