During my vacation in the little country of Austria, my cousin kept on stressing the fact that he wanted to watch “Phone Swap” and “Ije.” After much search on Google and YouTube, I decided to do the one thing that came naturally, sign up for MTNDobox and iROKOtv.

The reason why I chose these two, asides the fact that they are the most popular as it relates to video-on-demand service of Nigerian movies, I needed to see how exactly their services work, how they take care of their customers who I believe are mainly Nigerians and Africans in the diaspora.

With iROKOtv, I tried to use my MasterCard. After 2 unsuccessful attempts, I was forced to create a PayPal account to initiate payment. This also happened with the DoBox platform. In fact, with my DoBox app on my iPad, I couldn’t even fund my wallet until I logged-in with a laptop.

Subscription:
iROKOtv offered me a 7day free subscription with the option of canceling my payment if I wasn’t interested after the said time. For a month subscription, the cheapest cost offered was $7.99. On DoBox, it was direct to payment with no special offer whatsoever. The cheapest subscription rate was $10, however there were free movies or an entitlement of 3 movies which are available for free streaming. 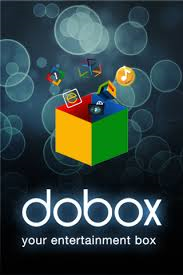 Being that DoBox is from the stable of MTN(although I hear its licensing deal that might soon end), they did okay with their layout. The home screen is quiet colorful. The use of their over head banner, in selling new and free movies is a plus. However upon loggin in, there was the non classifying of the movies  and giving a synopsis until you actually click on the poster to know more. They however, went a bit further though with headers such as MAGIC BOX, TRAILER BOX, EYE BOX and  LIVEBOX. Inculcating these aspects that can keep us entertained for free is also a welcome.

iROKOtv was pretty straight to the point, as it relates to their website. The over head banner basically gave a sneak peak into what to expect and advertised their free trial subscription. It had an engaging home page, nothing outlandish and then once you had logged on, it had such headers as NEW IN, STAFF PICKS, CLASSICS, 2013 MOVIES, TV SHOWS and finally ACTORS/ACTRESSES.

Viewing Movies:
When it came to watching movies, DoBox gave the options of streaming, renting or buying. I kind of felt it was a waste of time, because to rent a movie, I needed to download the app and it cost the same as streaming the movie and then the option of buying the movie was a feature that wasn’t available. So why have them there in the first place? The idea of watching the trailer, was welcoming as reading a synopsis might not do much justice as seeing what will actually happen, but then again, we kind of levitate to movies that star actors and actresses that we are already used too.

As mentioned with iROKOtv, they just dived into the movie and gave a synopsis when you mouse over the movie or clicked on it. I also liked the comments section where people stating their likes and dislikes on particular movies, but I wondered what the point of this was especially after I have clicked on the movie and paid for it. I like that there are recommendations for particular movies, but who makes these  recommendations, the viewers or iROKO staff.

There was an add-on iROKOtv offered, which was the fact that I could go to my recently watched movies and then watch them again. Not sure if this was at the same cost, but it helped me keep track of what I had watched and how much I had spent.  DoBox, once I had finished watching the movie, that was it, except if the movie didn’t finish or I left it half way, to watch it again, I had to pay.

Quality of Movies:
I’m not a complete techy person, but hey, I know clear, quality pictures when I see them. All movies watched on both platforms where from our laptop, connected to our high definition LG television and boy was I erm… With iROKOtv, the picture quality was dark, seemed like the movies was set in the Stone Age, plus they seemed to buffer in the middle of the movies. While DoBox had better quality pictures but I’m doubtful if it’s a function of these sites or is one more problem Nigerian movie directors and producers need to look into if they intend to keep or maintain this online movie streaming business.

So, that it folks, while I didn’t necessarily find the movies I was looking for, not sure why, as both movies are more than 2 years old, but iROKOtv does it for me, just for the singular act that I get one week of free movies.

Guys, do you watch movies via these platforms? Let me know what you think awesome or not?