Newspaper columnist and film critic, Wilfred Okiche profiles ten Nollywood actors who have acted in English and indigenous languages in his ‘Cross Over Stars’ piece which includes Kate Henshaw, Liz Benson, Omotola Jalade-Ekeinde, Nkem Owoh and Mike Ezuruonye among others. 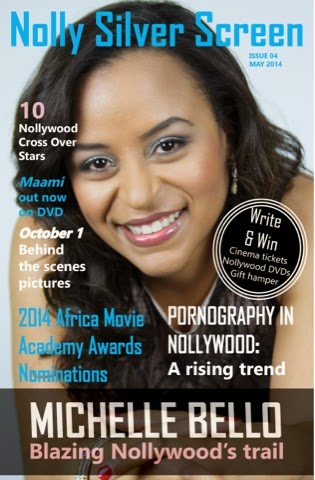 Also featured in this edition are interviews with Ghollywood star Eddie Watson, the creative force behind Render to Caesar, Desmond Ovbiagele and the producer of Murder at Prime Suites,Jumafor Ajogwu.

Agina Eberechukwu’s article ‘Pornography in Nollywood: a rising trend’ explores the proliferation of X rated movies and its effect on society.

The 2014 Africa Movie Academy Awards nominations are also fully covered from photo stories to personal essay as well as the full nominations list.  Also in this edition are pictures from the set of Kunle Afolayan’s upcoming feature October 1. 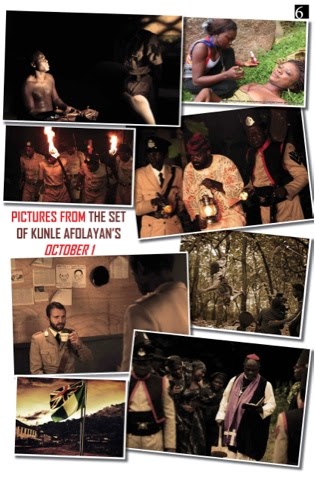 Innocent Ekejiuba also compiles a list of the Top 5 Nollywood Cinemas while Gbolahan Adamsreturns with a third installment of ‘Rollicking Nollies’ cartoon strip with a focus on the AMAAs.

Get your regular dose of Nolly Silver Screen staples such as Nolly Pop Quiz, Wisdom from the Stars, DVD Releases and Vox pop in this issue. 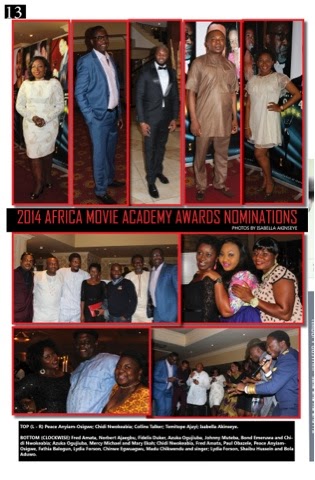 Visit www.nollysilverscreen.com to read the magazine
No votes yet.
Please wait...
Voting is currently disabled, data maintenance in progress.