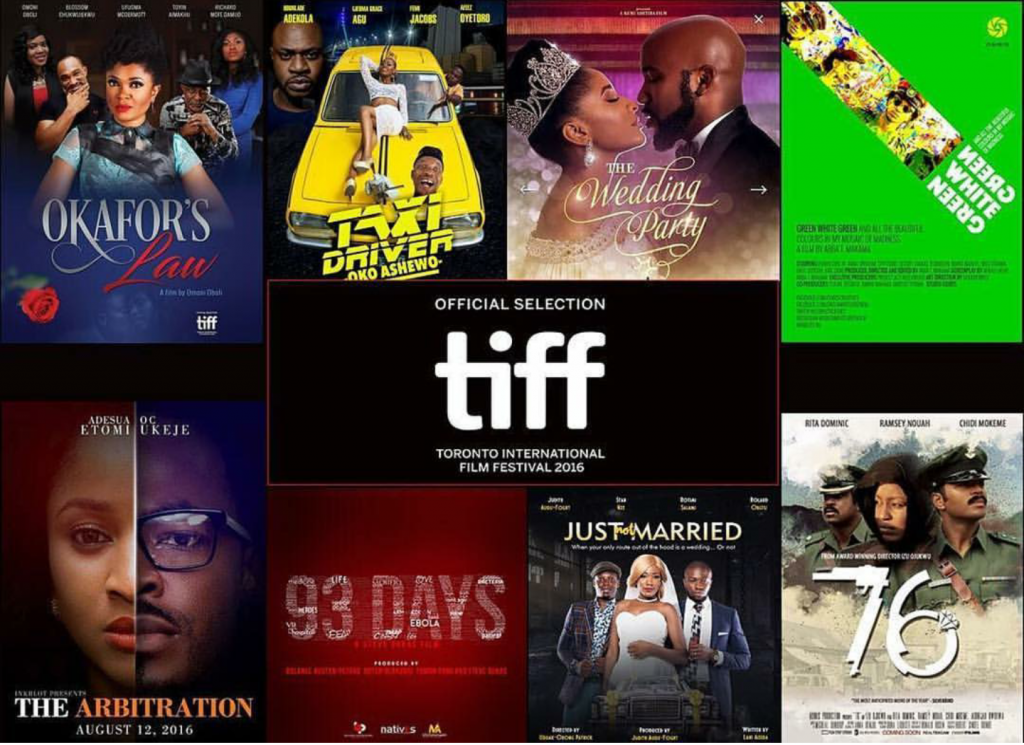 The Toronto International Film Festival (TIFF) has announced that a series of Nigerian movies will premiere on its prestigious opening night as a selection of the Spotlight City to City programme.

The TIFF City to City program which will focus on Lagos, Nigeria is curated by Cameron Bailey, Artistic Director of the Toronto International Film Festival, and it will run from September 8 to 18, 2016.

Movies such as Kemi Adetiba’s “Wedding Party’ Omoni Oboli’s Okafor’s Law, Niyi Akomolayan’s “The Arbitration”, Steve Gukas “93 Days”, Izu Ojukwu’s “76” and a host of others will feature at this year’s festival. The program also includes a TIFF Rising Stars spotlight of two up-and-coming actors from Lagos: OC Ukeje and Somkele Iyamah-Idhalama; as well as an “In Conversation With” segment that will feature Nigerian actor and film producer Genevieve Nnaji, as well as actor, film producer, and director Kunle Afolayan.

According to Cameron Bailey “Hundreds of films are made every year in Lagos for a voracious audience around the world. Our City to City spotlight brings some of Nollywood’s most popular filmmakers together with new voices who are introducing an alternative, indie spirit to Nigerian cinema.” We’re excited to share this unprecedented showcase of talent from Lagos with our Toronto audience.”

The full Lagos City to City lineup trailers are as follows: