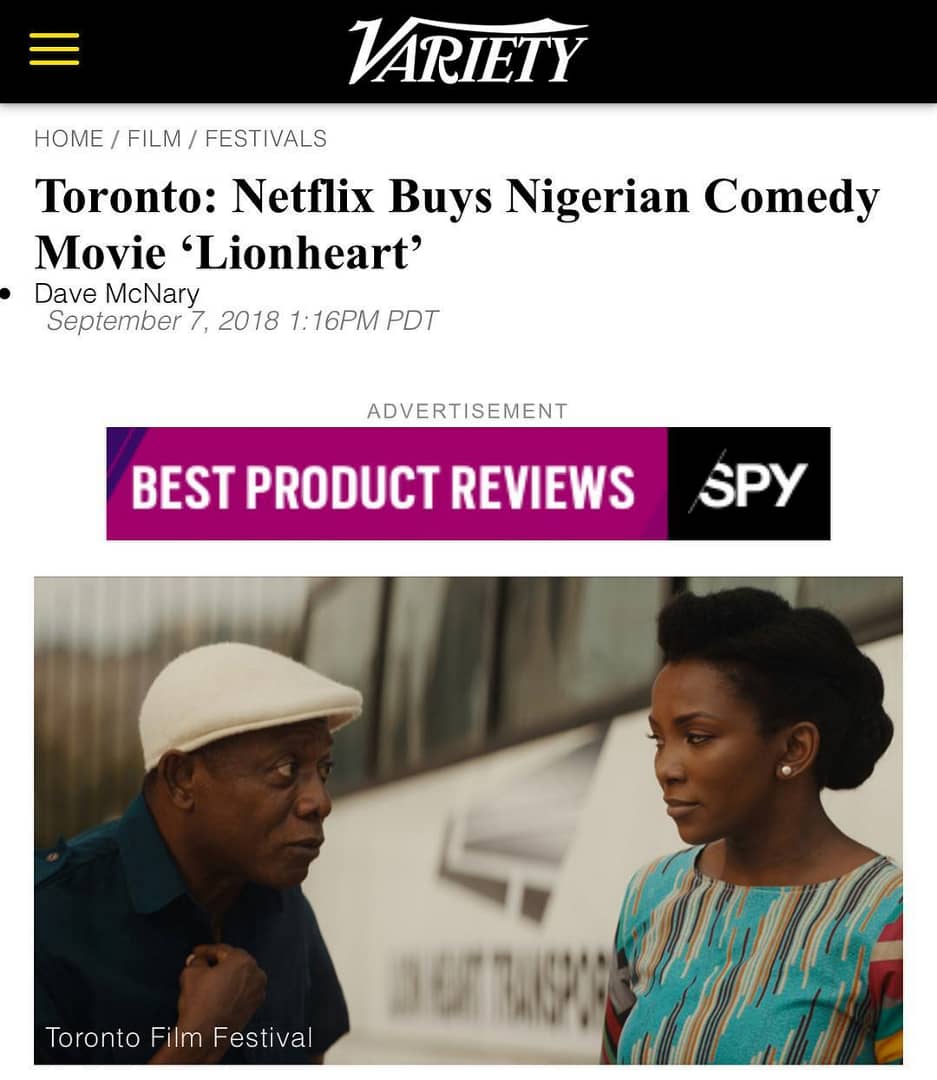 According to Dave McNary at the Toronto International Film Festival (TIFF) yesterday, Netflix bought worldwide rights to Genevieve Nnaji’s comedy “Lionheart” on the eve of its world premiere.

Netflix announced the deal Friday as the film will premiere at the festival today. “Lionheart” marks the first Netflix original film from Nigeria.

The movie follows Genevieve who plays Adaeze, a level-headed executive in her father’s bus company, Lionheart Transport. Time and again, Adaeze has proven her keen ability to make a profit and to manage the most heated situations. But when her father falls ill, both her and her rival are passed over in favor of Adaeze’s less-than-suave uncle, Godswill.

Complications arise when they discover that the family business is in dire financial straits — leading to absurd results as they try to save the company. The film also touches on everyday sexism that saturates the workplace, as well as the delicate balance between honoring one’s family while finding the courage to strike out on one’s own.

Check out the tweets announcing the sale. 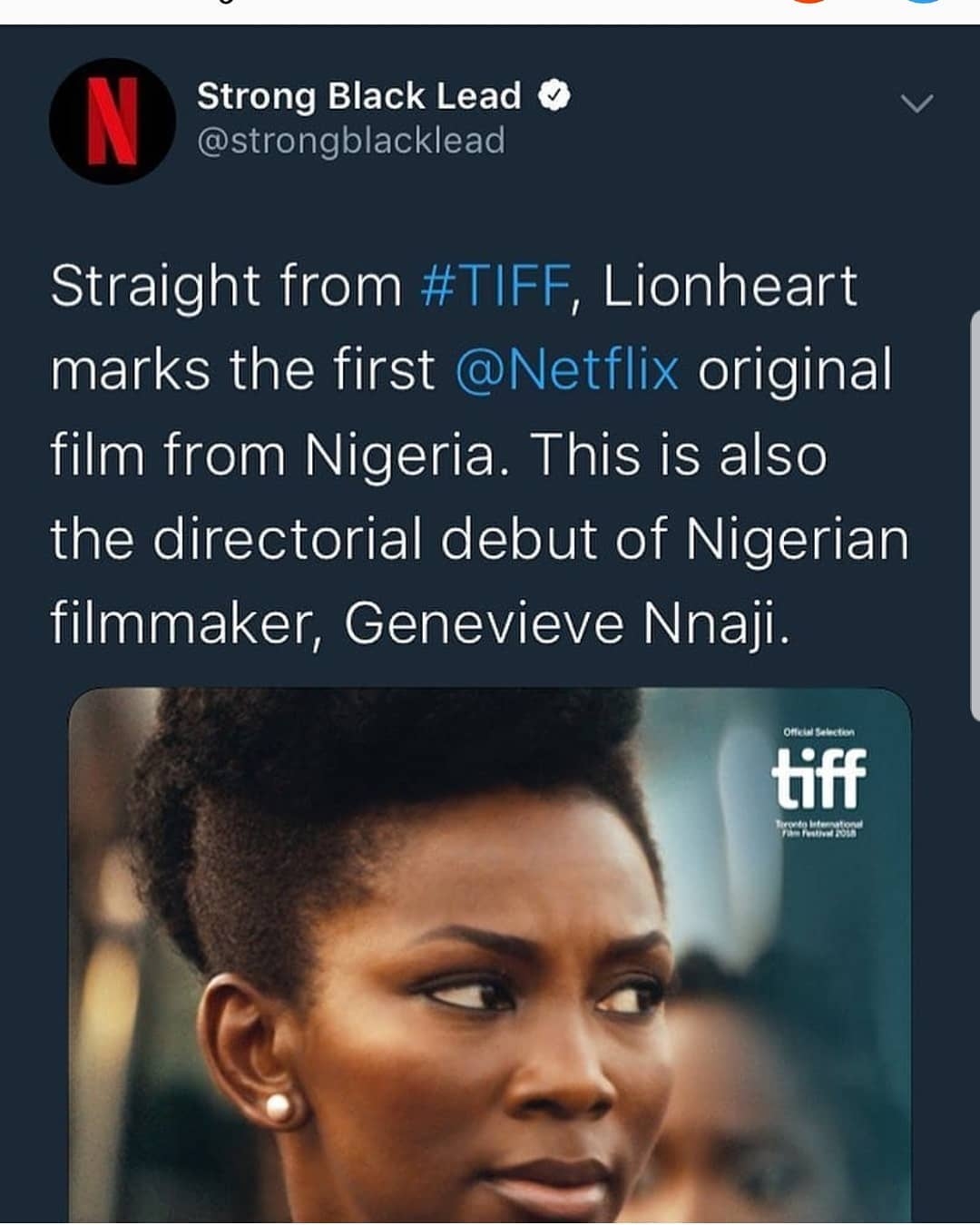 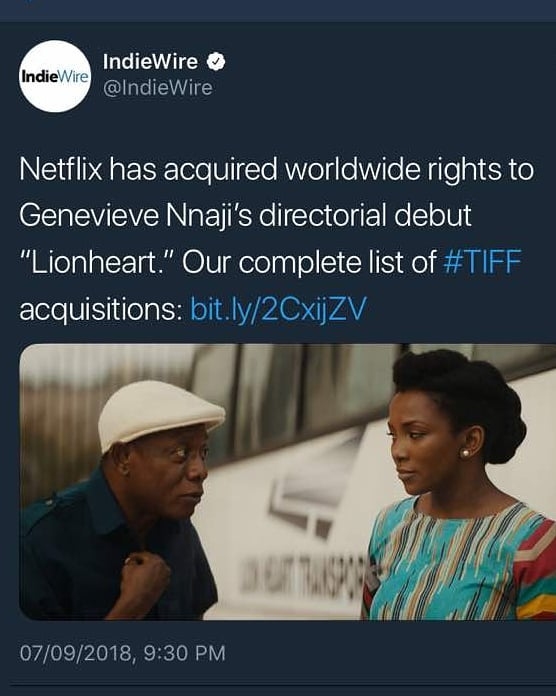 Next Post “Queen of Nollywood” Reality TV Show to Broadcast on Startimes TV.