Saturday, 6 Jun 2020
By Turidee - February 20, 2015
20 0
Nemsia Studios has announced the release of a brand new, groundbreaking scripted drama series, Before 30 in Nigeria. 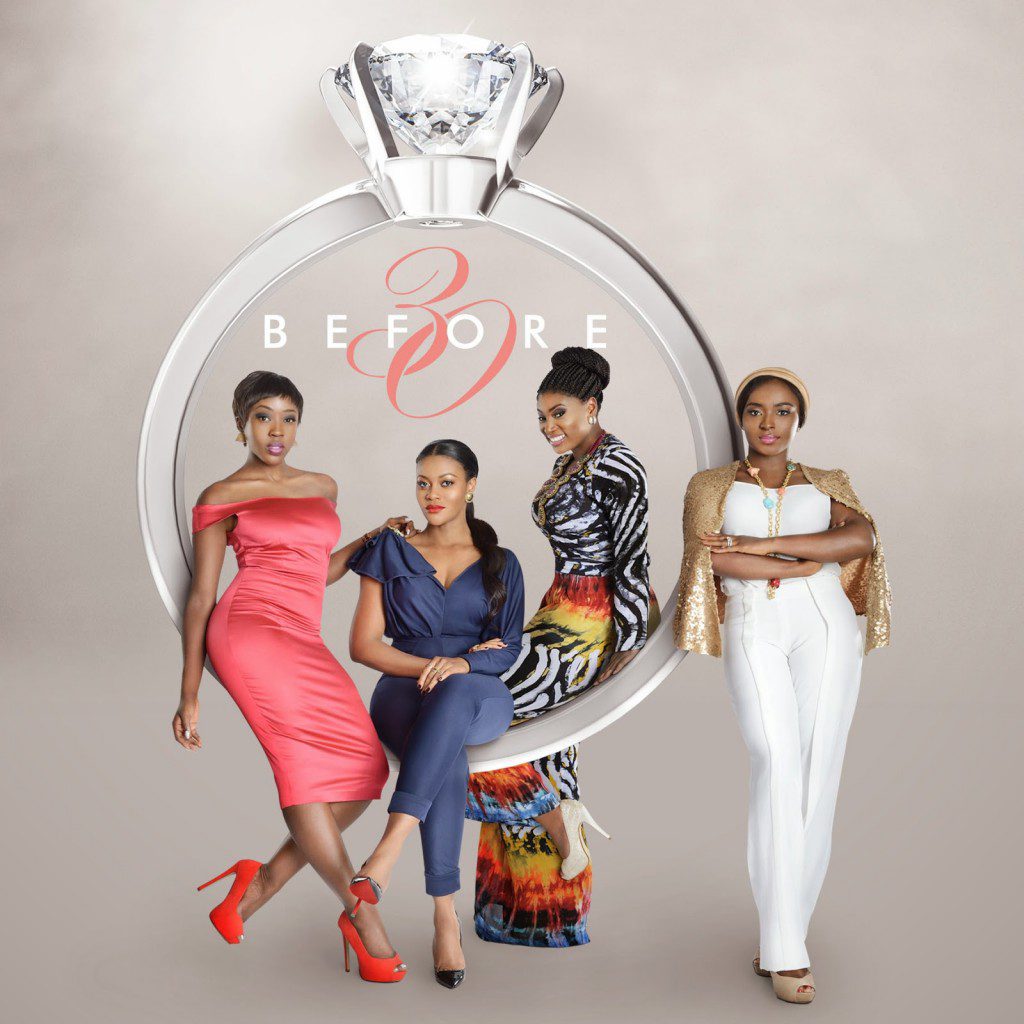 Before 30 (B4 30) a drama series centered around four women living in Lagos and the pressures they face to be married before they turn 30 years old, will be released officially on the 22nd of March, 2015. Their stories are told through the eyes of the lead character Temi Coker (Damilola Adegbite) through voice over. Nkem (Beverly Naya) the sexy career woman who believes men are simply playthings. Aisha (Meg Otanwa) the conflicted northern housewife who is married to a billionaire. Ama (Anee Icha) the sweet and cheerful friend, who is also the youngest of the group.
Also staring alongside our leading ladies are O.C Ukeje, Gideon Okeke, Karibi Fubara, Patrick Diabuah and Patrick Doyle. The show aims to shed some light on the issues the average single Nigerian woman faces daily in her quest to become a wife. Each character covers various social, physical, economic, religious and cultural aspects of the Nigerian woman, thereby creating a cast that everyone can relate to in some way.
On its release, the TV series will air on the following stations: All Africa Magic Channels, Ebony Life, Silverbird, ON TV, Sound City, Cool TV, Oh TV, (Sky Uk) with online distribution platforms in view. It will also premiering to a private audience on the 13th of March to honor stakeholders and sponsors.
Watch the trailer here:

For more information, about the series, please contact them on any of these
platforms.