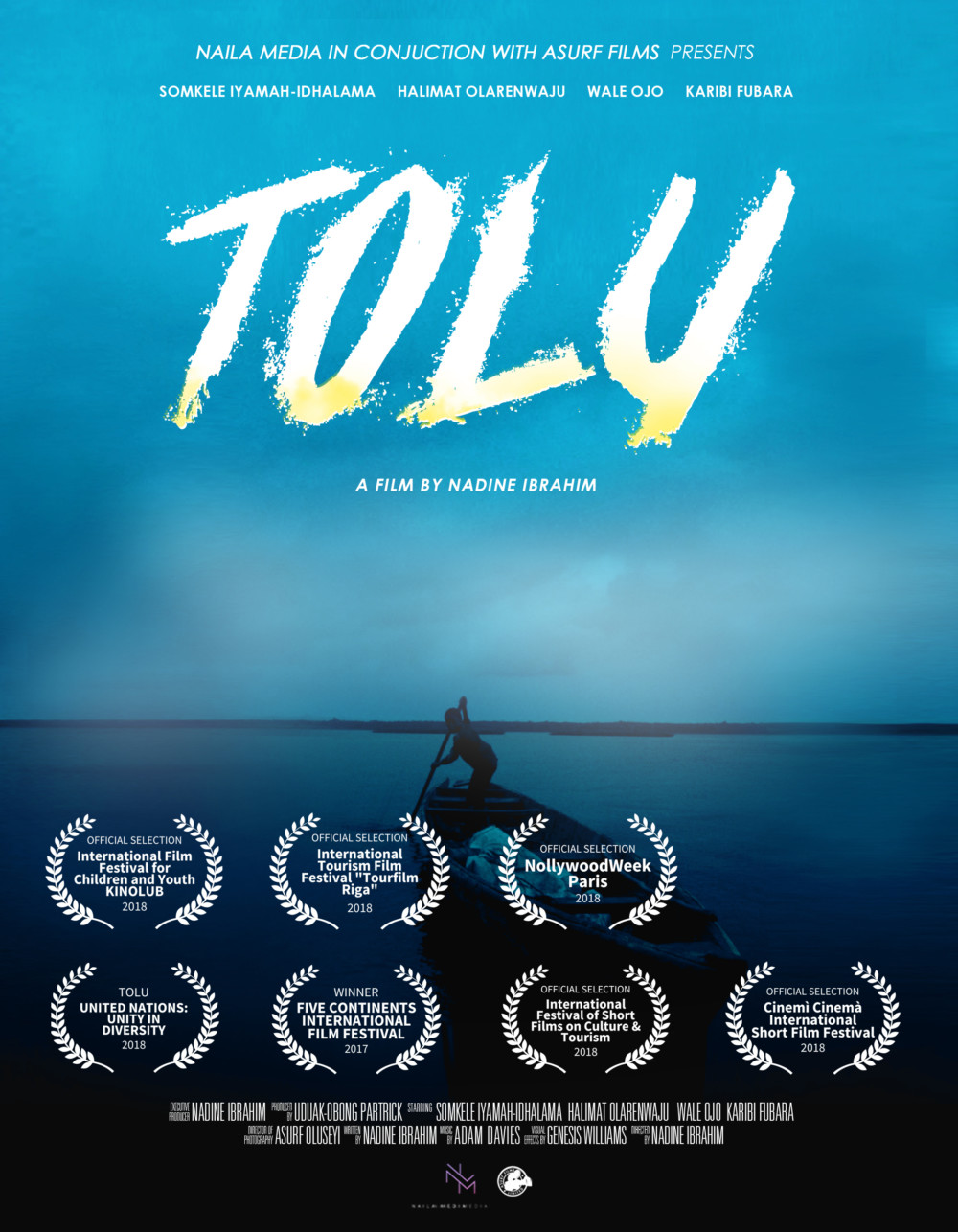 Nadine Ibrahim released her first short film “Through Her Eyes” in 2017. The film featured a child suicide bomber, who was coerced to the job due to unfortunate incidents that happen in her community. “Through Her Eyes” was a favorite for many of us and was shown at a few premieres.

Nadine has released a new feature “Tolu”, which tells the story of a young girl that lives with her family in a fishing community on the water in Lagos, Nigeria.

In order to prove herself valuable to the community and break the gender stereotype she embarks on a journey by herself into the sea to try and catch as many fish as possible. On her journey she meets a wise old man that shows her a side to reality she has never seen before.

Somkhele Idhalama plays Tolu’s mother, who is unable to have male children. This causes a spat, with her husband. When Tolu hears her parents conversation, she takes to the sea to try and fish. She is unsuccessful, until the old wise man (played by Wole Ojo) opens her eyes to the endless possibilities of the world.

Speaking on the movie, the director said:

Tolu was a film filled with so many experiences. It is my most challenging film to date but I loved working with everyone on the team. Halimat our star actress is one of the best child actor’s I’ve seen and I truly can’t wait to see what the future has in store for her.

Using special effects has always been a dream of mine so with Tolu I pushed as far as I could go with the fantasy genre and I believed it worked quite well. My Inspiration for this project was Life of Pi. After watching Ang Lee’s Film I got fascinated with cinematic visuals and CGI, I knew it would spark an idea for me with my next film.

I hope everyone that gets a chance to watch it falls in love with the story just as much as I loved writing it.

Tolu is an inspiring film that should project hope and aspiration on young girls. The idea of bringing this story from the slums, makes it worth your time.

Next Post Omoni Oboli celebrates her 40th birthday by publishing a book, “The Stars are Ageless”!