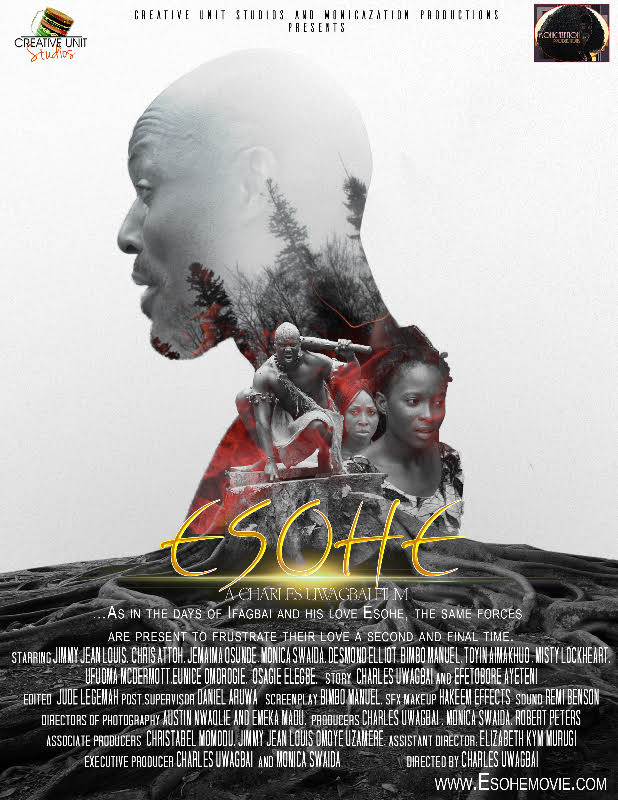 This Epic movie is a cocktail of love, murder and mystery, connecting two centuries. The reincarnation and reunion of Ifagbai, the son of Eghosa the Oba’s warrior, his long-lost lover, Esohe, presents a puzzle to Gary Barbar (Jimmy Jean Louis). He suffers repeated nightmare and sees apparitions of events he knows nothing about. The engrossing Epic is a story of undying love, unflinching loyalty and deviously woven intrigues that is served in a cocktail of the rich Bini tradition. The is a fictional story by Charles Uwagbai and Efetobore Ayeteni, written by Bimbo Manuel.

Esohe will be touring cities in the United States and Europe. It will be released in Nigeria later in the year. This movie also features fast rising Nollywoood actors like Eunice Omorogie, Omoye Uzamere, Oghenekaro Itene and Osagie Elegbe.

The movie will be showing at cinemas in Houston, Dallas, Boston, Florida, Massachusetts, New York, Los Angeles and London, among other European cities.

Watch the trailer here and tell us what you think in the comments section.