Maybe this is a fresh start. Take it as is and be the best you can be… Dr. Mercy 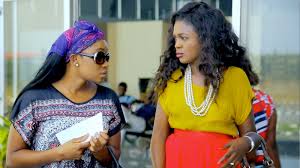 With much anticipation and the negative or positive publicity that came with wearing such a revealing dress for a screening with the president and other federal government dignitaries, I had to see the movie Being Mrs. Elliot. As usual, I was late (still trying hard to make it to the movies on time) but didn’t feel like I missed much. There were about 15 of us in the room a little more than the last movie I watched but I digress.

Being Mrs. Elliot the directorial debut of Omoni Oboli tells the story of an affluent woman, who despite her constant bickering on her husband finds herself in a situation she never would have thought of, but manages to make it work to her benefit. Omoni, wears multiple caps in this production, so I will start with her role as Mrs. Elliot. Mrs. Oboli puts up a good carriage and feels comfortable with her role however, as a rich, stock-up b*tch, which she was supposed to be, there was always something missing and I don’t mean rolling your eyes, yelling on the phone and kids kind of stock-up. Even dialogues with her friends always seemed like they had her spinning in circles, as their accents seem to put her miles away from them. She also looked overly made-up most of the time in her dress up scenes until when her role changed. As Fisayo, she wasn’t too shabby, seemed like there wasn’t much of that character out there so it was just okay and not out of this world.

For Bill Elliot played by Mijad, nothing much seemed to stand out or stare me in the face. If you have seen Brother’s Keeper, Forgetting June and Exotic Crimes, even as he played different characters, there is something awfully similar about him in all of them including ‘Being Mrs. Elliot’ and this just doesn’t feel right to me.

Enter AY, the local native doctor, (can’t spell that long arse name). I was pretty skeptical on his role, because we have seen him live, his tv shows and AY has his moments. Now maybe because of this, AY was determined, as he delivered to his role. I imagined, everyone laughing on the set because he must have cracked some jokes while at it, but there was something about his character, I believe he took it to heart and probably made up his mind to play out this character and he aced it.

Now to the basics, production. I had complained about Nollywood movies showing at the SilverBird galleria and the total lack thereof of production quality and I must say, ‘Being Mrs. Elliot’ wasn’t that kind of production, picture quality was clear, sound was fine funny enough! As it relates to directing, Omoni pulled her strings pretty well, with a mix of basic angles and some pretty cool shots, I must say that she gets a good pat on her back for a job done right. Location and props wise especially the hospital scene, was impressive. It felt like she left nothing to chance, in getting her work done. Did I mention she also wrote the movie (yeah, its in the credits part), so the talented Mrs. Oboli, directed, wrote and stared in this production, a total package which is obviously cost efficient( if you know what I mean) but it must have been totally exhausting to do it all. There was also something different with the product placement, yeah, I noticed. Some of the products weren’t so overtly in your face, but no one will miss that Monopoly one right, too, too direct, but we are getting there.

“Being Mrs. Elliot” was a good production, for a directorial debut and aside earning a 7/10 from Xplore, Omoni earns a spot in the list of female directors. 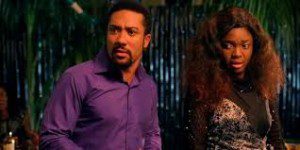