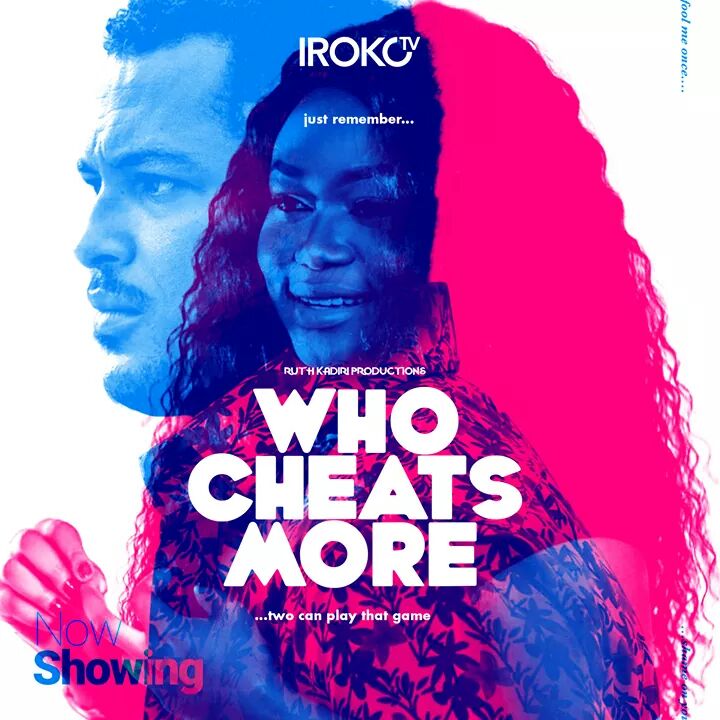 Ruth Kadiri fancies love stories and it reflects on every script she has written and produced. We cannot blame the Writer/Producer for sticking to this genre, we all have a thing that tickles us once in a while, the only problem is that, with Ruth, an element of predictability trails all her stories.

IT (Ruth Kadiri) and Dave (Van Vicker) seem to have the perfect relationship, full of pranks and teenage excitement. Things are all good and glossy until Dave asks IT to marry him, she says yes, but he walks in on her telling a friend that her marriage to him is a way of securing her future. She has been lying through the relationship, and this revelation prompts Dave to play a tacky prank.

He tests her loyalty by plotting to lose all his properties. They end up on the street, struggling to survive until a wrong accusation leads to an encounter with Donald (Daniel Illoyd), who is IT’s ex-boyfriend. Donald provides accommodation for the duo and professes his love to IT again. Dave manipulates his money hungry wife to play along to Donald’s affection.  She does not want this because she is a changed woman, and wants love not money. Attitudes change, Dave becomes the beast, and IT the angel, until we find out it has been a game all along.

“Who Cheats More” is quite enjoyable for its use of humor to dramatize a woman’s hunger for wealth . And while we cannot be too angry at the predictable storyline – the writer, Ruth Kadiri insists on having a story that stretches for over two hours by hiring the services of Nedu and Eniola Bhadmus to provide some humor. The problem is that they serve us flat jokes and action that ruins the flow of the story.

There is nothing special to the story being told here, but it had a chance at being totally enjoyable. The length ruins it. The unnecessary dialogue and invention of characters to give the story some source of humor also ruins it.

This film proves that whenever we see a Ruth Kadiri production, we will always expect a female lead that bows to the pressure of marriage, even if it drains her.

Next Post Movie Review; “Fire in The Rain” is enjoyable but drags on for too long!