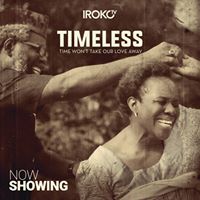 We have watched too many tales on young love, we have watched the deceptiveness of young love, but what is love when it is matured, and can love ever mature? “Timeless” answers all of these questions at once, and it is interesting to watch the story of Gbenga Adesanya being directed by Ronya Art Man.

Thomas (Jude Chukwuka) has just lost his wife, Elizabeth, and instead of mourn her, he sets out on finding a past love, Imela (Joke Silva). He travels with his grandson (Rotimi Salami) and as they travel through the village searching for Imela, Thomas tells Sam the story of how he ended up marrying Elizabeth, instead of Imela. His father had forced him into a relationship with Elizabeth and when Elizabeth visited him, he raped her. She gets pregnant and Thomas is forced to marry Elizabeth while abandoning Imela to marry another man. As they search for Imela they find Kesse (Ijeoma Grace Agu) who is running away from home because her father wants her to marry a man way older than she is. Kesse joins them on the journey when Thomas finds her story relatable; he is willing to protect her because he has endured forced marriage too.

Timeless features a rape scene but it never goes about explaining this properly or tackling the problem of rape. It offers no solid explanation as to why Thomas rapes Elizabeth. It is excused as youthful exuberance. If we excuse every rape case as youthful exuberance, every girl on the street will be a rape victim. If we are talking about early marriage in a film, we can concentrate on that without excusing a crime. The story would have still been beautiful without even bringing the topic of rape up at all. Rape is quite a sensitive issue and if it should be tackled in film, it should be done properly.

Timeless trivializes the crime, while also fighting the cause of forced marriage. Kesse is to be married to an aged man, she runs from home and it is how she comes in contact with the duo. She helps them search and find Imela. It is wonderful to follow the story as soon as we get pass the issue of the rape.

The writing is commendable. The actors are exceptional; the writing (skipping the rape scene) is one of a kind. The film focuses on four characters without being boring. It is also very interesting to watch a man of almost 70 go after lost love, there is also marriage between an aged couple and it is interesting to watch.

Ijeoma Grace Agu is commendable. She gives a performance that melts our heart.

Previous Post Bisola Aiyeola has a Bright Future in Nollwood. Four times she slayed on screen.

Next Post Movie Review: ‘The Screenplay’ is a daring film…