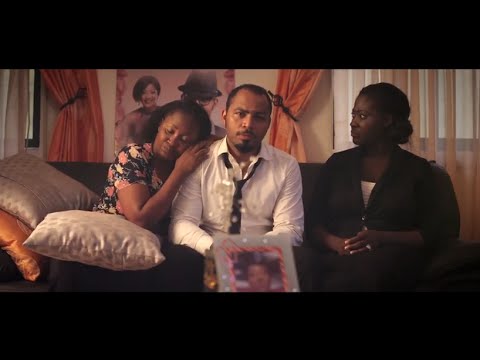 Movie Review: Thy Will Be Done

“Thy Will Be Done” official premiered in Nigerian cinemas on May 15, and by Saturday May 23 a week later, at the Film House cinema Surulere, we had like 25 people gathered to watch it. Yay!!! Who says Nigerians don’t watch Nigerian movies in the cinemas.

Thy Will Be Done is the story of Pius a happily married pastor, whose life is thrown in turmoil when his first wife whom he presumed dead 7 years ago suddenly shows up. Pius has a choice to make, between his calling and his wives; his old sins and new loyalties; his taking firm action and surrendering to God’s will.

Haven’t been to the cinema in a while, so I set out to watch this movie. Now the movie name wasn’t a catch at all (as in…) in fact the ticketing attendant had to hand me a flyer so I could confirm if I actually wanted to watch the movie! (talk about serious things ba!)

That aside, I was actually looking forward to this and coming from prolific director Obi Emelonye(Ije, Last Flight to Abuja and Mirror Boy) I was almost certain that this will be a ball out of the park.

Ramsey Nouah in the lead was a welcome development and this is mainly because Ramsey has been on some sort of hiatus and asides 30 Days in Atlanta, he’s been absent from the industry. Ramsey at Pastor Pius wasn’t a letdown as he can do no wrong (sometimes). He however, needed to do more especially when you look at the presence some of our pastors have on TV. He had the bible quote, praise the Lord and solemn look on lock down, but that’s not all his character could have delivered too. I do like the way Ramsey switches his emotion though; it gives me goose pimples when he does it ‘cause he does it really well.

Playing the first wife come back from the dead was Mary Njoku. She wasn’t too shabby. As a subtle confused looking woman, not sure what to make out of her current situation, she carried it out well. Haven’t seen her in a while as well, but I give her kudos for holding her own.

My champion, however was Mercy Johnson. After this movie, I understand why people say she is good. She gave the right illusion that she was truly dutiful and focused, but wow and wow, she pulled the stunts (not physical stunts oh!) that I have seen actresses like Demi Moore and Angelina pull.

While I was somewhat satisfied at the choice of cast, I cannot say with a straight face that I was crazy about production! OMG. I have one word for production quality; dark, sound quality; poor, make-up; crazy especially on Mercy. Props in the house; could be better, costumes (oh com’on)Ramsey in the suits were awful, most of Mercy’s outfits were tight, making her look bloated and Mary felt like a step child *sigh*. I however, liked the story line and what Tobi Osigwe brought to the production, was a different and fresh and it’s been a long time coming. I wouldn’t have gone the Pastor route, but hey! I’m no writer.

With the cinematography and light hellish, not sure what to say about Obi Emelonye’s directing, I liked the area shots and that accident scene (spoiler alert!) was epic, not sure why the person driving lost his ability to walk and the person hit lost her memory, but hey, it is excusable!