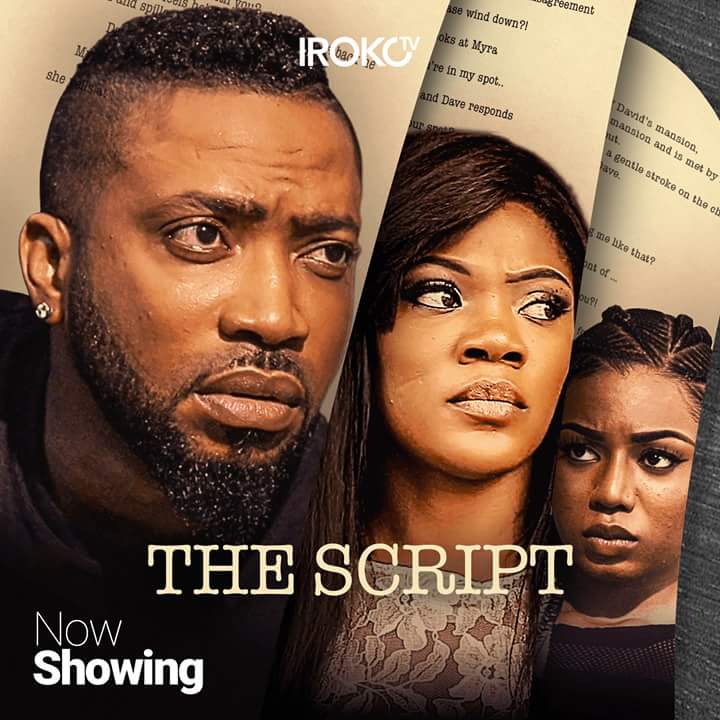 Every film has its aspiration. Some are there for the sake of entertainment, others want to inspire, or educate. “The Script” looks good on the eye, but when proper attention is paid to the writing, there are some loopholes.

Nicky (Nancy Isime) is a high flying model, with an impressive portfolio to back up her celebrity status. We first hear of her in the first scene where her boyfriend Steve (Fredrick Leonard) is congratulated on their engagement. Nicky lies about an engagement to Steve (who is an actor) this causes social media frenzy and heightens the problem in their relationship. Coincidentally, Steve keeps bumping into Mara (Bayray Mcwizu) a scriptwriter. They have bad stories to tell of each other, but eventually, they become friends. What makes this interesting is if Mara is using this friendship to her benefit as a scriptwriter, or if she has genuine interest in Steve.

The first brow raising scene in The Script is when Steve threatens to beat up his girlfriend, Nicky, this scene is executed humorously and Steve never goes through with this, but we hear him threaten to beat up Nicky on different occasions. This is not a film on heroic deeds but Steve is supposed to be loved as our male lead, unfortunately we hear him talking about beating a woman. There are so many reasons why scenes with Steve threatening Nicky should have not made the final cut. We have an annoying personality with the character of Nicky, but that is not enough to excuse dialogue that promotes domestic violence.

Secondly, when the whole essence of the film, and the inspiration for the title of the film is revealed, it gives us more reasons to question the writer.

However, some of the scriptwriter’s intentions are clear; she admonishes her female viewers on the need for a woman to have a balance between work and her personal life. Nicky is beautiful but lazy, with no kitchen abilities. Mara is intelligent, beautiful also, with great kitchen abilities. It is interesting to watch “cooking” play a central part to this story. The writer uses this to put both of our female leads at loggerhead. Not everyone will like the idea, but she is at ease with her creative flexibility.

Bayray Mcnwizu, Nancy Isime and Fredrick Leonard are the perfect match. They give viewers a reason to keep up with the story despite the many loopholes that exist. Bayray is the true star, she is at ease and comfortable in her role as Maya.  She is confident about her art and it is something to commend her for.

The impressive cinematography, beautiful locations, and the dreamy costumes used especially on Bayray make this movie enjoyable. The story might not add up but the other elements of film sure made this one enjoyable.