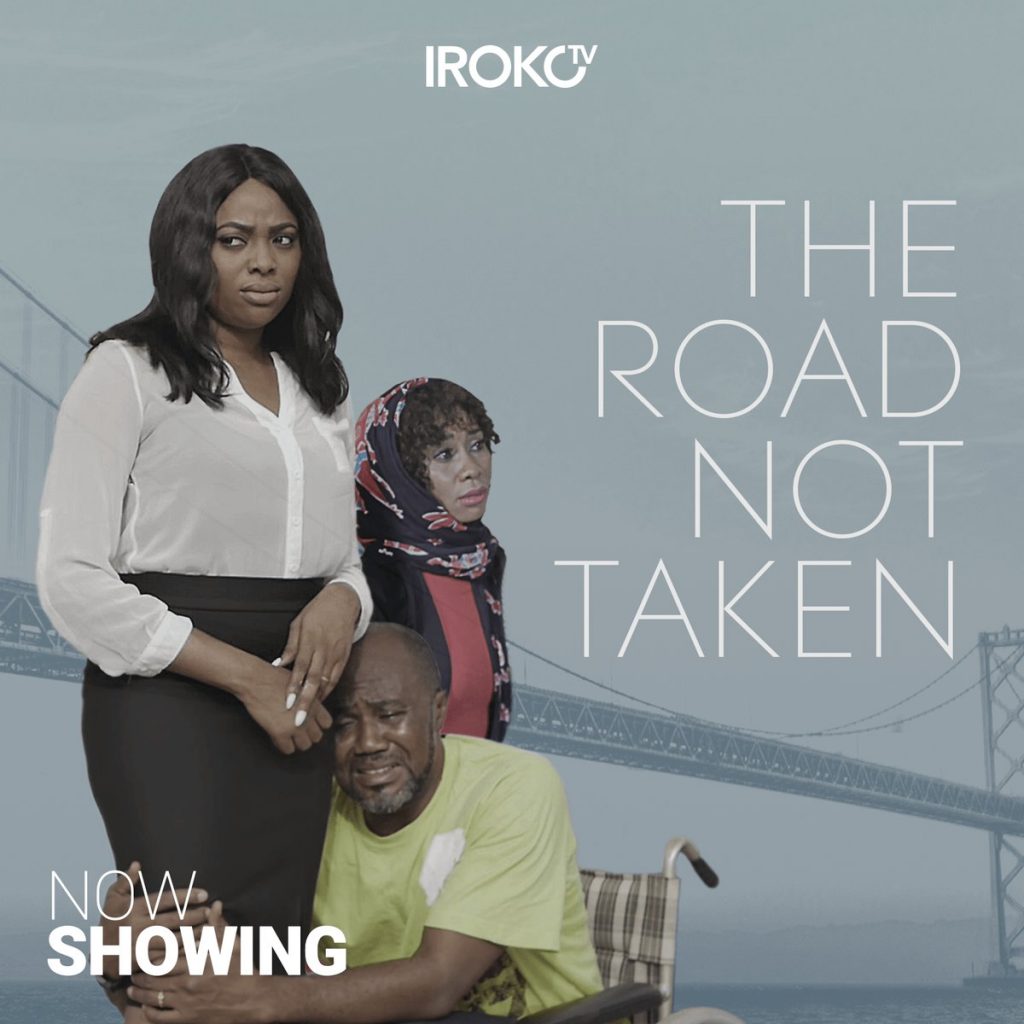 The issue of abuse is a delicate one in our society. There seems to be something in the water that men take from that makes them highly abusive. Women are taught tolerance even in the face of abuse. There are more women fighting for freedom from abusers and there are women that insist to stay in abusive relationships. For films like “The Road not Taken” it further encourages women to endure abuse as long as their partner is disadvantaged.

A lawyer (Mary Lazarus) is able to strive hard and graduate with a triumphant result due to help from military personnel, Mark (Uche Udoputa). He takes pity on her after her school sponsor dies and takes control of the affairs of her education. She puts a call to him on a cold night to get her from school; it results in an accident that leaves him paralyzed. He is confined to the wheel chair and several years later, they are married but they are not happy. He blames her for his state and ends up as an abusive man.

As a Lawyer who has constantly defended cases of abuse, she is ignorant that she is a victim of abuse too. He yells at her, lashes curse words at her, burns her clothes and throws things at her. She does not recognize any of this as verbal and emotional abuse. His frustration gets bad and even on his wheel chair; he is able to slap her. He is able to beat her up until she is unconscious. It is only when she ends up in the hospital that she realizes that she has been in an abusive relationship. Mark plays the victim severally, he reminds her of how she landed him in his state by calling him very late to get her from school. It is the reason he abuses her regularly. When she threatens to leave, he plays the victim card. When she packs out of the house, he pleads with her and she forgives.

She tries to hide the abuse from the doctor in the hospital but as a doctor, he knows what is going on. He is also the one that admonishes her to know the difference between pity and love but he is the same man that asks her to go back to her husband/abuser. The writing is problematic, by returning to her abuser because he is crippled excuses domestic violence. It is the same as saying that a woman should ignore domestic violence because her husband is depressed or that his life has not been functioning properly.

There are a few inconsistencies in the shooting of “The Road Not Taken” the continuity personnel makes great unforgettable mistakes and so does the director, who doubles as the lead character. There are mishaps here and there in the telling of the story, in a particular scene where a woman asks her boyfriend to beat her up so that she can accuse her husband of domestic violence, immediately after the beating, we see her face swell like the beating was done two days before. There is no freshness to the wound on her body and after that she is strong enough to kiss and smooch her boyfriend. In storytelling, the scene is very vital because it focuses on women that make abuse seem like child’s play but in consistency, it lets us down.

The Road Not Taken is rated with 3/10

Next Post Movie Review: In ‘Ben Quick’, Alex Ekubo shakes off the curse of being type cast!!!