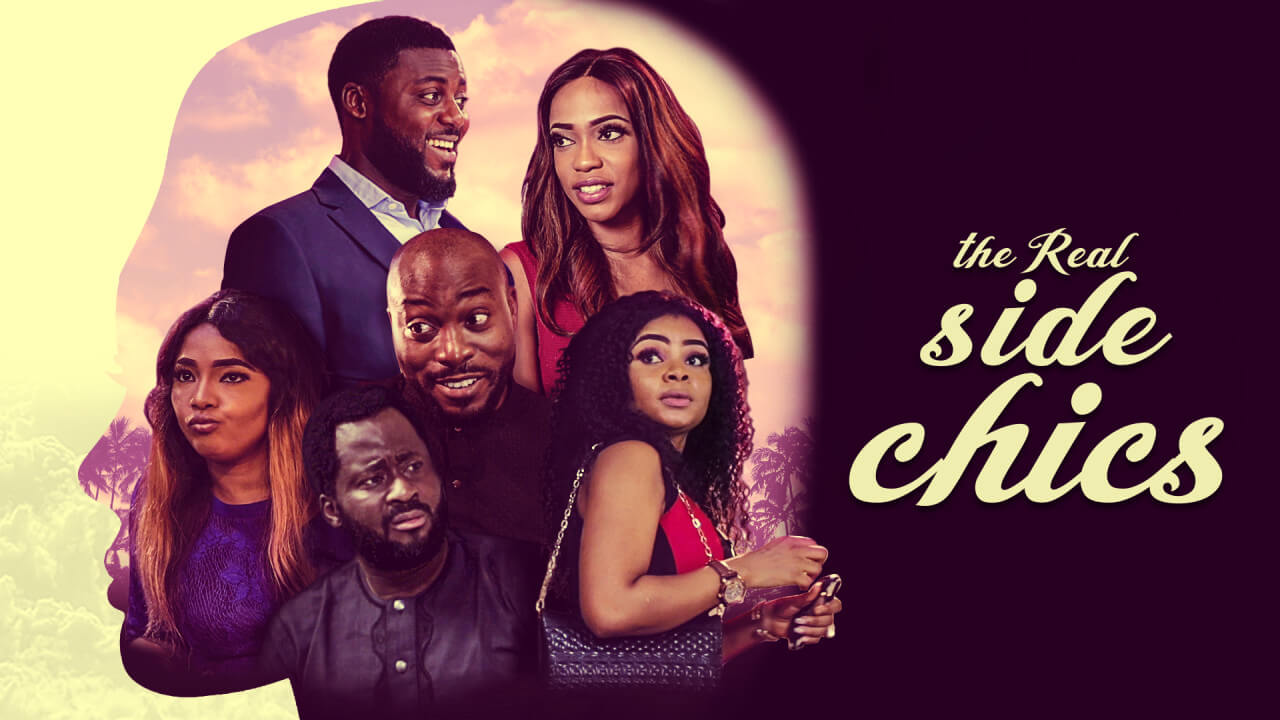 Without unwanted side attractions, or an empty beating about the bush, The Real Side Chics stays on-course to arrive at a bitter-sweet end. Written by Rita Onwurah, the story centers on three housemates – Idowu, Amelia, and Keke. They each play side chics in their intimate lives than they know how much. Idowu (Bimbo Ademoye) is into sugar daddies like Kola (Desmond Elliot), a happily married money-bag. She’s a sworn side chic who over-assumes her exclusiveness in his life.

Amelia (Chelsea Eze), the second housemate, is in a two-year relationship with Segun (Seun Akindele). When she finds herself taking the “go and marry” sermon from her mom, she tries to talk Segun into marriage but he takes it badly. Later he comes apologizing, successfully pacifies her, and sets up the stage for another disappointment. Seun Akindele (The Patient), like Desmond Elliot, embodied his character well.

Keke (Efe Irele), the third housemate, has been best friends with Raymond (Daniel Lloyd) for years. Raymond is in a happy relationship and has no idea how Keke really feels about him. Daniel Lloyd (Double Stud) doesn’t get into this character enough for me. His lines sounded emotionally-absent and camera-conscious. A more laid-back approach (as was Sly Monay playing ‘Felix’) would have sufficed for the sometimes edgy dialogue.

The costumes (Angel Nwakibie), even on the manga-crazed Okey (Emem Ufot), were completely with-it. The camera angles (Samuel Ogbogu, Efiok Henry) were mostly medium shots (and good enough), but the soundtrack wasn’t here nor there. And around the fifty-fifth minute, where the side chics converse in a car, there’s an untidy scene arrangement with Efe Irele’s arm. Bimbo Ademoye (One Long Day) gave her role a 100% as much as throwing tantrums and spoiling her face was concerned. Her kissing scenes with Desmond Elliot (Baby Shower) also came off well.

Locations were ideal and the restaurant extras gave an okay performance. Makeup was near superb, especially on Efe Irele, and the picture quality was good.

Directed by Chris Eneaji (Purple But Not Purple), this film makes a spectation of deceit, sex, and love for a 5/10. The Real Side Chics was produced by Udezeh Onyinye and shows on iROKOtv.