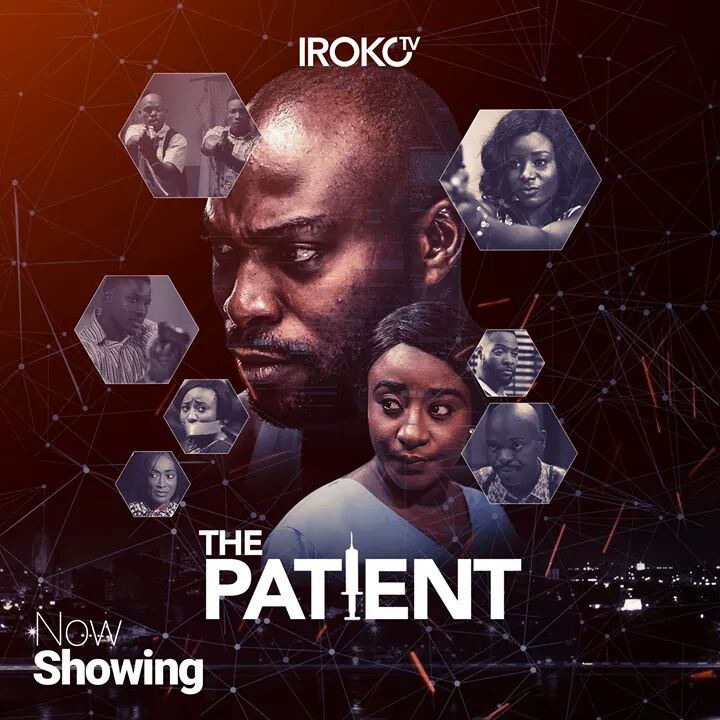 A film about an investigator in Nigeria can go two ways, highly impressive or annoyingly dull.  Emem Isong does a good job with “The Patient” it is a good film that is not too loud but worthy enough for us to recommend to you.

The Patient features Hector (Seun Akindele) a patient that ends up unconscious in the hospital, after a wild night of attack from two police men. His identity is a problem for the staff at the hospital he is admitted to, when he regains consciousness, he offers more problems by being terribly mysterious.  He ruins a doctor’s engagement plans, this makes him quite hated but soon he wins hearts by getting close to the Nurses. He tries to get information from them and his kind nature draws suspicion, especially from Anna (Ini Edo). When a policeman Garuba (Bassey Ekpenyong) traces him to the hospital, they reveal to Anna who is beginning to fall in love with Hector, that Hector is not who he claims to be.

The Patient starts unusually; we watch the concept of a film in a film. The film starts with Bolalne Ninalowo acting and when this scene rounds up; we find out that everybody in the scene was acting. It is interesting to watch the connection of this scene to the whole film. The hospital is our main location and we do not encounter as many patients as in a normal hospital. One patient serves entertainment as well as keeps us intrigued through the film with his antics. When police men accuse him of being a wanted criminal, the whole narrative switches and after that, there are more inventions that keep us sustained.

Bassey Ekpenyong of the Big Brother Nigeria fame makes an incredible come-back after his time in the reality show. His role in “The Patient” proves that he is capable of being a leading man. Seun Akindele remains the most impressive actor in the whole film. We meet him angry, before he graduates to a very strange character and subsequently we find that he is the reason for the story.

The writer does an incredible job of not just writing a story about love but also giving the Nigerian police a few tips on how to nail criminals. We also watch an interesting older female character whose heartbreak as a result of the loss of her husband makes her have relationships with different men. In the seriousness of the film, she offers some humor which is well needed.

“The Patient” is definitely not on par with American thrillers but it is there to show that Nigerians are capable of making such films that leave the audience giggling and saying “That was quite a good job!”. One take away from this film is its length; there are many unnecessary scenes that are featured in this film. A film gets quite boring when the director feels the need to feature every scene, even when it has little or no purpose to the story. This happens in “The Patient”. It has good actors to thank for not losing its intrigues.