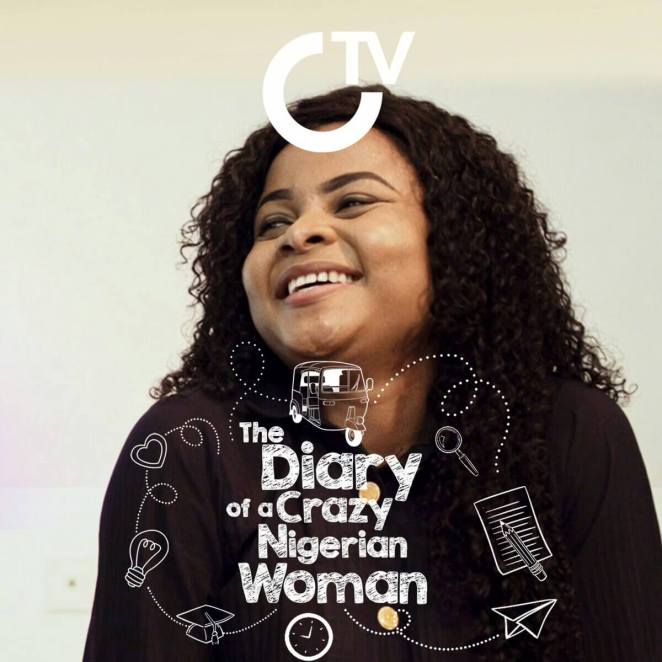 What hurts about watching “The Diary of a Crazy Nigerian Woman” is, it has a name of  a spectacular drama-ridden film, but falls far from that. From the moment, I clicked to watch it on Iroko TV, I waited for the drama to happen but it never really happens. Having Bimbo Ademoye in the lead role also spikes this anticipation as she is known for tackling really crazy roles.

Bimbo Ademoye is Lola, and she is married to Emeka (Deyemi Okalawon); they are in debt and a bank seizes their home as collateral. They move  from the Island to a very shabby area on the Mainland. Lola is pampered and cannot bear this new life, so she protests in every way she can. Her friends also cut her off when they find out, this complicates her life. Lola’s mother,Joke Williams (Biola Segun Williams) cannot stand that her Yoruba daughter is married to an Ibo man, so she protests when the couple go broke.

Things get so bad, that Lola decides to connive with her new neighbors Cynthia (Enado Odigie) and  Chibuzor (Rotimi Salami) to kidnap her and request for a ransom from her extremely broke husband. The plan is to pressure him to the point of frustration, to eventually get them out of the shabby area.

There are a lot of plot holes in “The Diary of a Crazy Nigerian Woman,” Lola is over-dramatized and unfortunately, there is also a generalization on women, which i found unnecessary. The film is humorless and the the over-dramatization is needless.

The title of the film and having Bimbo Ademoye as a lead could have offered more drama than it did here, but it does not.

“The Diary of a Crazy Nigerian Woman” earns a 4/10

Next Post WIN Tickets to the Fiesta of Flavours Food Fair!