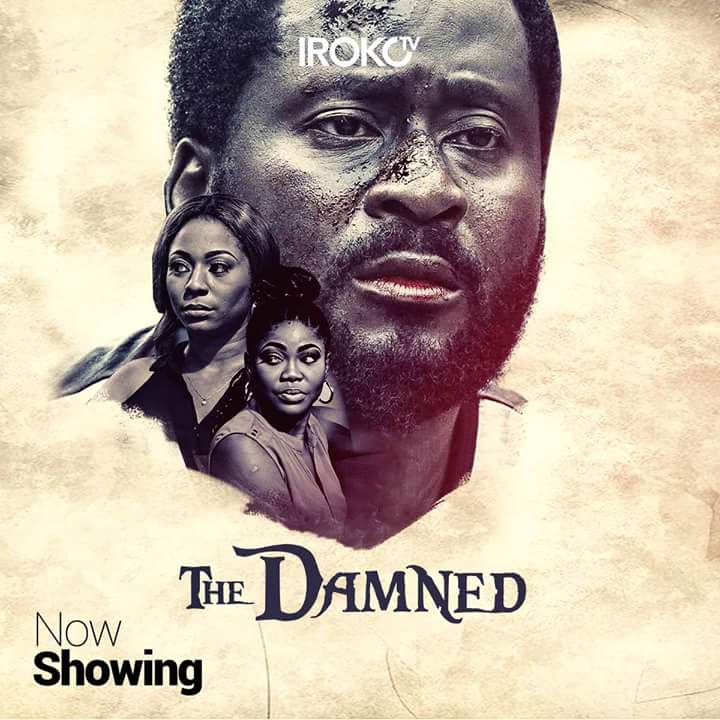 James (Desmond Elliot) and Oyinye (Enado Odigie) are a happy couple having fertility problems. A few years into their marriage they cannot conceive. They visit several hospitals to find a solution but they do not. Instead they end up with a marriage counselor to help them balance their sexual life. They settle the problem with their sexual life and they still do not get pregnant afterwards.

It is while having a good conversation that Oyinye mistakenly slips her history with abortions. This creates a rift and James leaves the house agitated. He meets Emelda (Cynthia Shalom) they party together, they get drunk and they have sex. James wakes up regretting the act but things get worse as Emelda is a hundred level student and she is not eighteen yet. He later finds out that Emelda is the daughter to his influential employer, and she will stop at nothing to have James to herself.

“The Damned” starts interesting but as we exhaust the minutes of the film, it loses focus.  Unfortunately, the scriptwriter attempts tackling a lot of problems and as a result he tackles none. In tackling a story of an over exposed teenager, it employs a desperate and overexposed teenager that is eager to be a second wife. She feigns pregnancy, gets her father to promote the man she is obsessed with, James is uncomfortable with this but he does not make any reasonable attempt to stop this from happening. The ambition of the film moves from educating us on sexual consent to creating a film stretching on sexual scenes, and soon, it switches its plot to infidelity from Oyinye to redeem James of his own escapades.

“The Damned” has its intriguing moments but on another look there is a lost story here. One minute James and Onyinye are with a marriage counselor, the next comes adultery and a little challenge to their marriage, and when they finally get pregnant, the doctor reveals that James is incapable of getting a woman pregnant. We are told that they have gone to several hospitals, no doctor finds this problem, and we only find out in the last scene? Call this the usual Nollywood cliché story lines but “The Damned” disappoints us roughly because for the first 30 minutes the film brags of its essence and seems to have a potential, until it scams us and we realize that there is really nothing to the story line.

The actors do an incredible job despite the lack of story. Enado Odigie is a terrific revelation. She is bold, purely talented and with a character that should be boring, her performance brings pure life to Oyinye. Desmond Elliot does a good job too. For Shalom Cynthia we can tell she is older than the role she is cast to play but it is the idea after all. The producer wanted an actor that acts and behaves far beyond her years and Cynthia is that performer.

Previous Post Top 5 Films to watch out for in July!