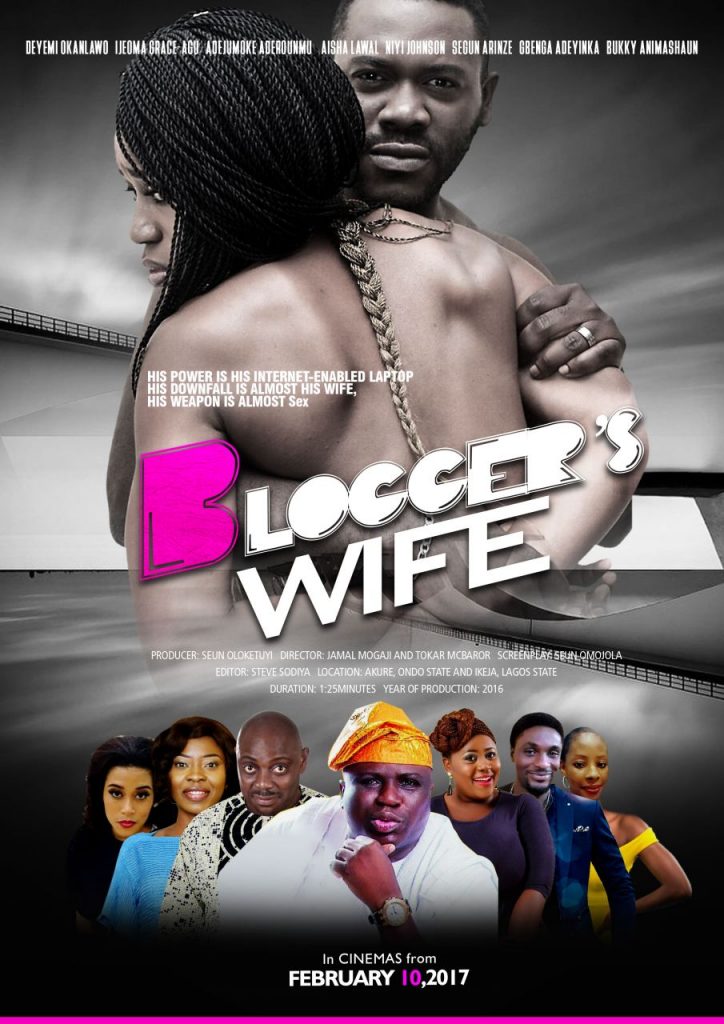 The movie focuses on a male blogger (Deyemi Okanlawon) whose power is his internet-enabled laptop; and his downfall is his wife. Meanwhile the weapon that threatens to destroy his years of hard work and family is Sex. From the beginning he has a quest to remain at the top and mostly because of his demanding wife, he wants to keep her happy; she has needs that need to be met.

The idea of the whole film is to focus its lens on pressure. What pressure does to a marriage and what pressure does to our work? Is pressure to make more money the reason we work hard in life or is it to establish ourselves doing what we love doing that makes us work hard? This is a great question the film almost asks but it does not establish this and so it moves to its next idea. The life of a blogger is our major point of concern, what he does with his time and what he does with his life. His wife constitutes the major part of the film too and most of his actions are triggered by her needs, her demand. He struggles through life as a desperate blogger. The Bloggers wife rambles about the unstable life of a blogger and his wife and yet we do not know the whole essence of the production.

Long into “The Blogger’s Wife” we do not see the purpose of the film, it hardly serves as entertainment, the main focus is lust and lust carries us through the whole film. At completion, we do not have a lesson or an entertaining scene to remember from the film. If it was well written, the Bloggers wife will have so much more to tell us but the whole production is rushed.

From the writing to the way the affairs of the technical department is handled, The Blogger’s Wife should have been a straight to DVD production but it ends up in the cinema and we cannot think of a reason why it is even made in the first place.

The producer and director hire good actors to make the film work. The attempt to create, with these actors an interesting work is what carries us through the film. The Blogger’s wife lack of a definitive plot line and its interest in packing different issues into a singular film is the reason it fails to work.

Have you seen the film, tell what you think in the comments section?

Next Post 7 Unforgettable Funny Characters that will never go extinct!