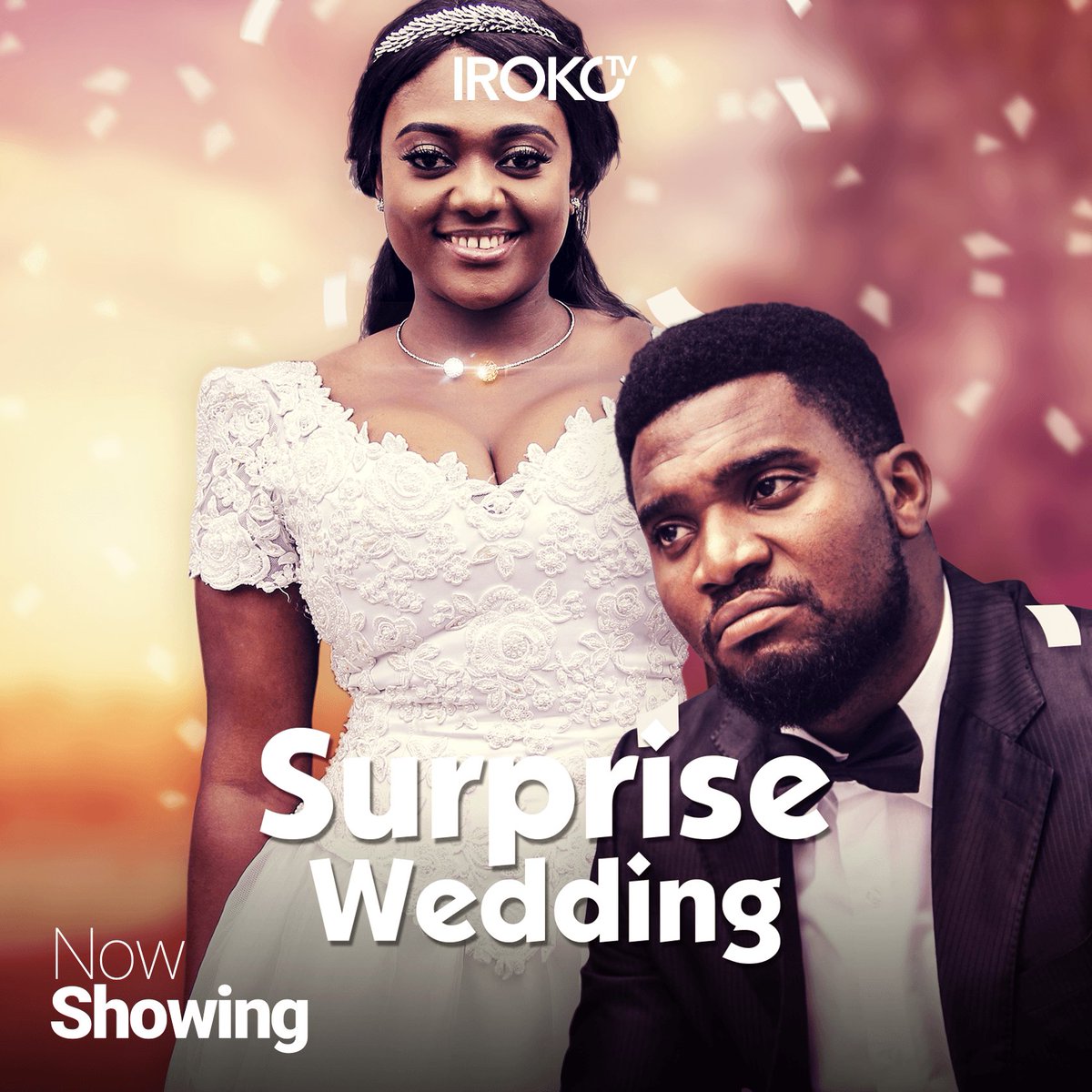 For some of us, the numbers of wedding films that have flooded Nollywood over the years have
exhausted our patience for any screen offering that has at its center, a wedding. To find a new film
about a wedding that does not follow the normal cliché but offers a new experience and pure
enjoyment in an unexpected way is worthy of commendation. “Surprise Wedding” is pleasant, and will make
you smile. Currently showing on iRoko TV, “Surprise Wedding” stands out slightly for the actors, and
mainly because of a smooth narrative that does not try to stand out as comedy, but would make you
laugh anyway.
The film starts with a tough break-up: Bunmi (Naza Ezeani) has been in a relationship for eight years,
and ten months to her thirtieth birthday, she wakes up to a wedding card from her boyfriend explaining
that his family has pressured him into marriage with another girl. In the moment of sheer heartbreak,
Bunmi puts a call across to her mother who offers to hook her up with a friend’s son. Tunde (Kunle
Remi) is not ready for marriage yet. His mother (humorously played by Rachel Oniga) would not hear of
this. She sets up a wedding for her son, on the same day she sets up a birthday for him. Her intention is
for him to get married to whichever girl he deems fit from the crowd she has gathered. He connects
with Bunmi as soon as they meet, and after they are introduced again, they accept to go through with
marriage on the same day.

Maybe having two screenwriters and an extra supervisor helps this production. It is one film I went back
to twice on the same day, its tone is soft, it is slow paced but enjoyable.
The first thing that will hold and keep you attentive through “Surprise Wedding” is the lead actor played
by Naza Ezeani. When we are first introduced to her, she is panicking, but even in that mood she has
control over what she is doing. Naza sustains inevitability and for a rising actor, she is holds her own to
some of the established acts, through to the last scene. Kunle Remi is always a delight to watch and he
meets up to the reputation he is creating for himself.

The humor comes from Ayo Adesanya and Rachel Oniga. The duo sustains the script with a leveled
performance that will keep you going back to scenes with the actors. There is contagious joy that comes
with watching “Surprise Wedding” and if should totally indulge in this joy.

For a low budget film, “Surprise Wedding” has its fault; there are scenes that should have been cut out
not because they were unnecessary but because there were glaring errors. While it might not take the
award for paying attention to details, “Surprise Wedding” mixes good humor with endearing
performances, and it is one of those films you will wish had extra minutes to spare. There is nothing
wrong with a feel-good film, and ‘Surprise Wedding” is just that.