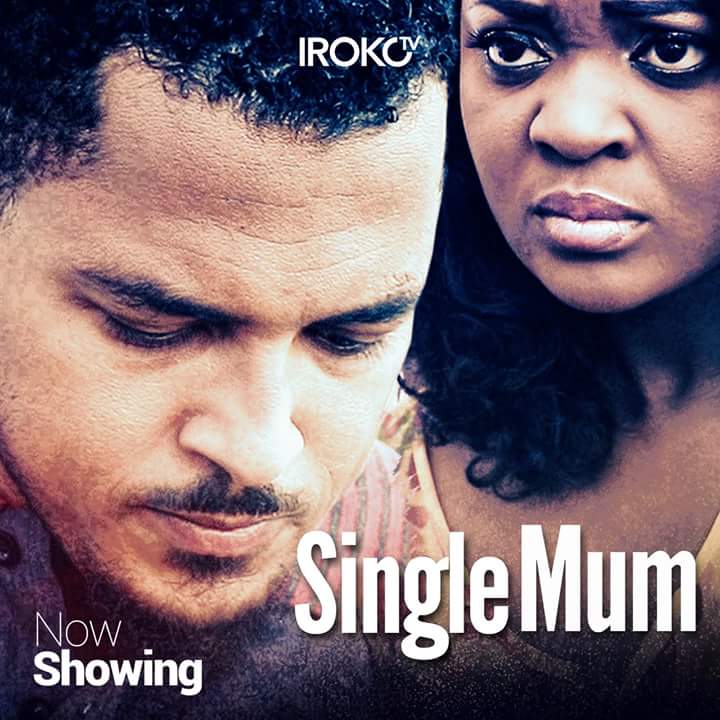 There are always stories about how “side-chicks” ruin families but we hardly ever blame philandering men for ruining the vow they took at the altar. In “Single Mum” the priority of having the position of a wife makes a woman forgive her philandering husband.

It is a couple’s wedding anniversary and instead of celebrate it, Bob (Van Vicker) does not respect the vow he took at the altar and on his anniversary, we see him plan to visit his girlfriend Vicky (Chinenye Uyanna) while his wife, Jane (Jackie Appiah) cooks and plans a surprise for their wedding anniversary. He visits his girlfriend and spends the evening with her. He does not make the same effort with his wife to make his marriage work. Vicky knows he is a married man but she is all about the money, her character is used to re-enforce the stereotype that women go after men because of the desperation for money. Despite the good job Vicky has secured for herself, and a job that pays her bills, she is keen on having another woman’s husband because of her love for money. On the other side of the story, we meet Debby who is a widow and a single mum. She has been neglected by her ex-husband’s family. This affects her relationship with people.  When she meets Richard (Scott Roberts) they start a relationship but it is based on lies.

The name of the film is inspired by Debby but little attention is paid to her character and her journey. “Single Mum” concentrates on giving Jane and Bob the heavier screen time, over the inspiration for the title.

It focuses on a failed marriage as well as little on the struggle of being a single and neglected parent. We watch how Bob and Jane’s marriage is almost ruined. While this story line was almost an interesting perspective on marital woes, the director does not do the story any justice by focusing on how a man breaks the heart of his wife and she is encouraged to return to her matrimonial home only because there is another woman waiting to take her position. The issue of a woman’s position offers us a reason to be concerned about stories like this. Women are often told to endure abuse, and maltreatment because of this exalted “position”. Bob humiliates Jane and even gets his girlfriend, Vicky pregnant, and the only reason the scriptwriter uses to get Jane to return to her matrimonial home is because she has to take her rightful position. This is a shameful message and contributes to the wrong message we continue to pass to women on marriage. If a man was concerned about his position in a woman’s life, he would not cheat, but a woman is always fighting for a position.

The acting is however very impressive. Jackie Appiah does a good job. A few new faces stand out, Scott Roberts, Chinenye Uyanna, Adaeze Eluke are worthy of recommendation, they make a film with a slow plot interesting.