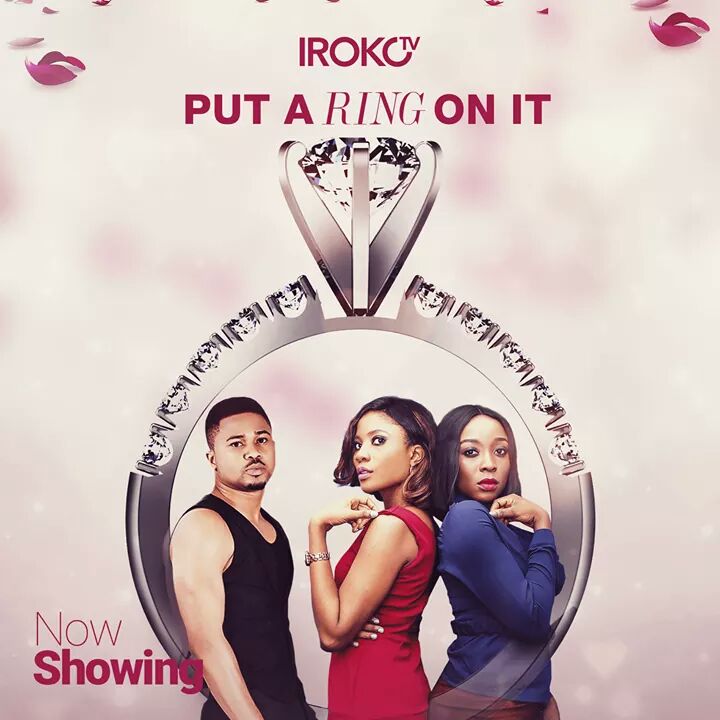 There is a possibility that if you have watched more than ten Nollywood films, you must have watched one of an over demanding girlfriend that is desperate to be married, and because she is a material girl, she asks for the fanciest ring in the store, and expects her not-so-rich-boyfriend to provide this and more. You must have also come across a story where the man falls in love with her close friend, who is supposed to be helping out with the proposal strategy.

If the name does not give it out, then the first twenty minutes of “Put a Ring on It” will give it out. Mike Godson (Toba) and Theresa Edem (Folu) are lovers. While Toba wants to have fun, Folu is family oriented. Her desperation to get hitched to Toba gets exasperating when his mother pays them a visit and tells Toba she wants grandchildren. She also approves of Folu, and once Folu hears this, she moves in with Toba. The story is regular, and does not provide anything new or exciting. It is the type of story that we have seen before, and I know we will see again. The combination of Mike Godson and Theresa Edem does nothing for this production. The saving glory is Olive Emodi who is able to relax on screen, and establish her name to her first time viewers.

Lani Aisida writes beautiful scripts but for the job done on “Put a Ring on It”, more was expected! There is no proper establishment of characters, even the story remains the same from the first act to the last act, and it is one of those films that we can predict a scene before getting into it. We predicted the end and got it right too. Nothing spectacular, nothing engaging is in “Put a Ring on It”.

Previous Post Movie Review: “Remarkable” is not too Remarkable