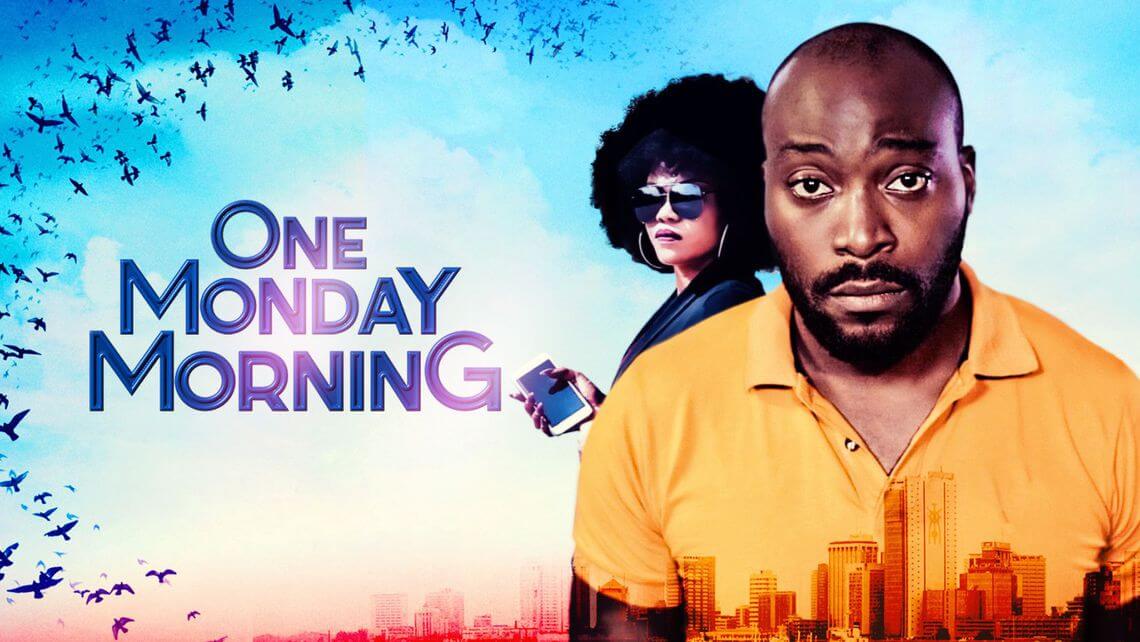 In a world where the job market can be daunting, it’s not unusual to find the unemployed taking drastic steps. But it doesn’t end there. Landing a job is one thing, settling down to start an illicit office romance is another. And on One Monday Morning, the director (Chinedu Omorie) does his fictional best to capture as much drama as can be found in both scenarios.

Written by Ebele Enebeli, the story follows Seun Akindele (The Patient, Discontent) as he plays Baddo, an unlucky job seeker who decides to become a quack evangelist. While on the prowl, with the Holy Bible under his arm, he runs into Uwa (Tamara Eteimo) and somehow succeeds in winning her soul. According to him, it was urgent she paid for prayers worth over a hundred thousand naira to ward off an impending evil.

Uwa on the other hand, had been having an affair with her married boss (Hakeem Rahman as ‘Mr. Lawanson’), a man with a poor dress sense and an uncontrollable urge. Hakeem’s comedy comes off as slapstick, and his scene with Jennifer Uzoma (playing a deviously jealous colleague) accosting him over his office shenanigans was as unnecessary as much as it was overdone. His performance in Stephanie Linus’ Dry stays way more appreciable than what is obtainable here. A couple of his scenes also went on for too long, like having to watch him suffer the effects of a Viagra high.

Bryan Emmanuel (The Script) played Jobberman, Baddo’s fellow con-man and a character completely at home with fraud. His performance was satisfactory at most. Michael Uchegbu (Ruse) played Juwon, an office sweetheart and the reason for a flimsy subplot involving Tamara Eteimo. Properly assessing his performance would probably entail a spoiler or two. His costumes however, were nothing to write home about.

Every product or film has it’s audience or market, but this production is the type we hope would be improved on in 2018. Despite an unpredictable and overly inventive story, this film still fails to break any exciting new grounds.

Next Post 7 Nollywood films slated for release in March!