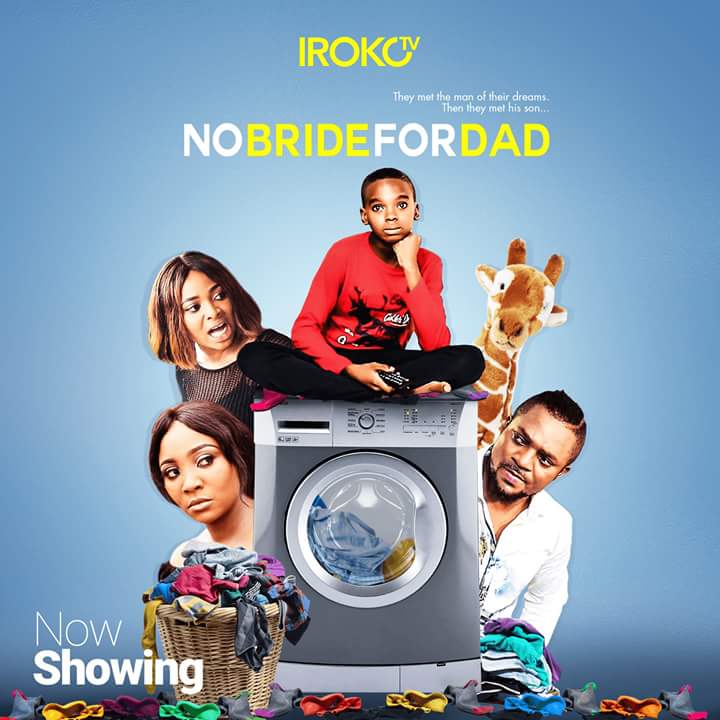 This review has to start with a special tribute to Ikenna Okereke, a well-trained child actor we need to see in more films.

Films with mischievous children in Nollywood rarely offer the delightful experience we get when watching films like Hollywood’s Problem Child or Home Alone. There are many more examples of children films from Hollywood that will make us question our child actors in Nigeria.  In Beast of No Nation, Ghanaians also offer us interesting child actors, but Nollywood is just getting started. Ikenna Okereke does not just offer his lines in “No Bride for Dad”; his mannerisms meet up to the job. He is a pleasurable actor, and we look forward to his future in the industry.

A young boy Jay Jay (Ikenna Okereke) is like many children out there without a mother – he does not want a step mother and he makes this clear to his father by tackling every new girlfriend his father brings to the house. The first girl is Alicia and he goes as far as inventing his mother’s ghost to scare her out of the relationship. When his father finally decides to marry Chelsea (Mary Lazarus) Ikenna gets his match. Chelsea is as dramatic as Ikenna and together they offer us pleasurable drama.

The story in “No Bride for Dad” is long but engaging and is an insight through the mind of a mischievous child that would rather live without a step mother.  The story also suffers from inconsistencies as the scriptwriter does not decide if Jay Jay and his father are mourning their mother’s five year anniversary or if she is in her sixth year. We hear a continuous switch between five and six years.

Other actors that swell up the story are Walter Anga as Jackson, and the delightful Mary Lazarus as Chelsea.

On many levels, “No Bride for Dad” is a pleasurable film and you should make an effort to see this one on iRoko TV.

Next Post Franklyn Jituboh’s ‘Dinner’ Prepares To Premiere In Paris!