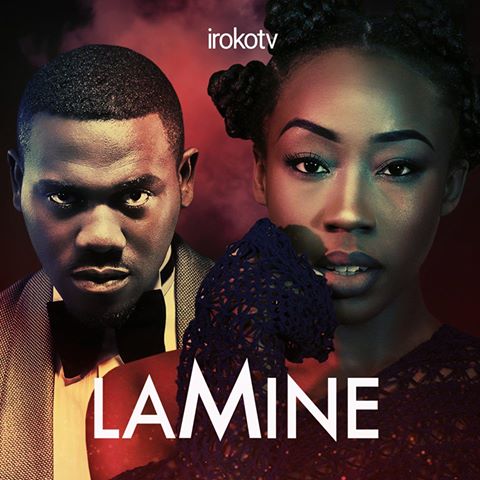 The popular portrayal of women in Nollywood is usually as whores. The society that feeds on this content and the producers that make them are to be blamed. The stories are usually of successful women but still needing rich men to feel complete, or of women having one night stands at the club and ending up pregnant, or of women that are heartbroken and decide to sleep with older men for money as revenge. Lamine adds to the pile, but this is the most provoking of them.

This is the story of Lamine (Beverly Naya) who kills an older lover because of jealousy. She spends her time advising her friends to treat men as trash. Natasha (Omowunmi Dada) her close ally has nothing to offer, she is only there as a companion and is an air head through the story. The third lead, is the homely Ruky (Uru Eke) who catches her boyfriend and sister in bed, it is the only event that makes her eligible to join Lamine’s clique.

While they form a lazy trio of friends,the enjoy the duty of sleeping around with older men for money, or to blackmail them for more money. I don’t understand the connection between heartbreak and the need to prostitute, but the producers give us this.

Soon a policeman called Babatunde (Deyemi Okanlawon) shows up at Lamine’s doorstep to investigate her for murder. This is what is supposed to be the build up to a love story and Lamine confesses her crime and is arrested by her lover.

This is a male writer’s perspective of an angry woman. Lamine warns her friends against love but ends up being the biggest prey to love. From the first scene, believability is difficult with this story. In the first scene, we meet Natasha, who borrows her boyfriend N250, 000, and complains to her creditor about her inability to start a business because she lacks the capital. Natasha cannot start a business with the money she has, but she can lend it, and expect that when her boyfriend succeeds, he will give her more.

Lamine on the other hand is portrayed as sneaky and incapable of any feelings of love, yet she falls in love so easily. Another gullible portrayal! This is the filmmakers idea of a thriller, there are no intrigues, nothing sustainable, just a film that is made quickly because a film needs to be made, and unfortunately, you will not like to watch this one.

Next Post Recaps And Highlights From The 2017 LCA Film Festival!