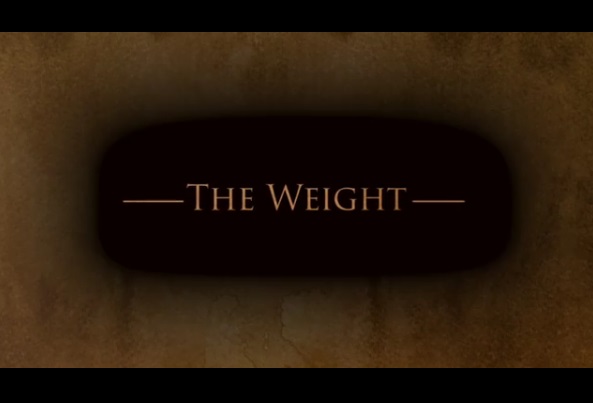 Producer, actress and screenwriter, KC Ejelonu has released a short film titled “The Weight”. It was shot in 2015 and released late last week due to challenges encountered after the shoot. The short feature tells the  true life story of a young lady who is on the quest for money and material things. She meets an older man and after her first sexual intercourse with him, things change.

The opening shots of “The Weight” gives us a glimpse to the life of this young woman. What we see is a stripper. She is sexually charged and moves around a room to arouse what looks like an elderly man.  We settle into watching “The Weight” with the intention of being carried through the life of a female stripper but there is a switch to this. The woman we think is a stripper, has a job and a family. We never see them but we hear her talk to them through the phone. It raises concern to her choice of livelihood. She is not homeless, struggling or in dire need of money, this makes her choices worrisome.

The lead character takes us through her journey in the six minutes the film lasts. We hardly hear her talk but  we are able to explore her emotions through the use of sound. “The Weight” succeeds mostly because the crew make notable technical effort. It is through this that they are able to instill fear in the audience and get us worried for the lead character.

KC does an impressive job of working a script with no dialogue.