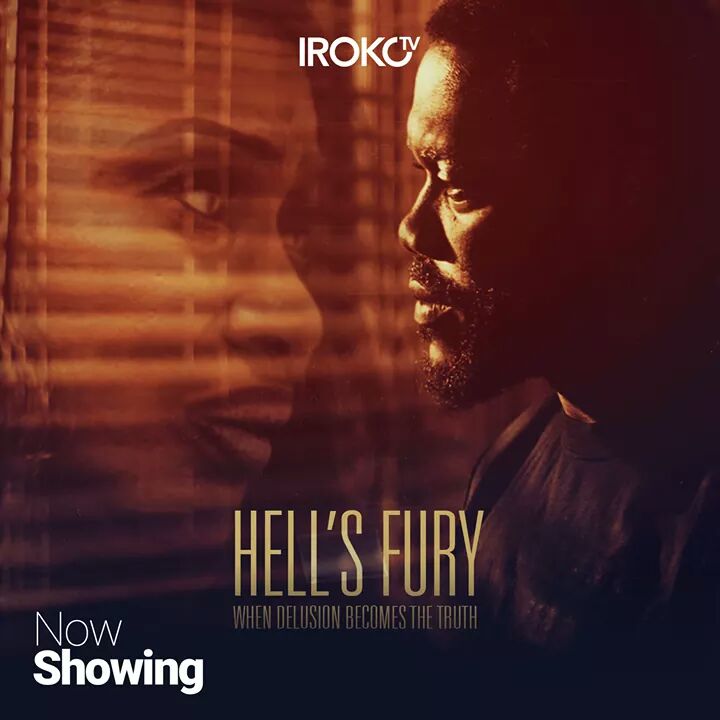 “Hell Fury” has a pivotal scene in its first minutes. The scene features a psychiatrist telling Olivia Ajayi (Clarion Chukwurah) that she has delusional disorder, a serious mental condition that requires serious medical attention. People that suffer from this condition are not able to identify what is imagined or real. Olivia is a respected attorney in the United States of America. She has acquired wealth, respect and a good reputation for herself, and yet her mental health threatens to ruin this. Olivia’s pride does not allow her use her medication and soon, she has to defend a Nigerian arrested for having an illegal work permit. In the process, she develops a strong attraction for her client, Mr Okeke (Deyemi Okanlawon). After defending him successfully, he introduces her to his wife and children, it causes problem for Olivia.

We have seen many films on stalkers, Moses Inwang’s “Stalker” and “Something Wicked” followed the storyline of obsessed lovers becoming dangerous, “Hell’s Fury” is more impressive. While cinematography, acting and the use of spectacular locations make “Hell Fury” quite intriguing, the scriptwriter loses the essence of establishing the problem of mental health which forms the premise of the film. The themes of fraud, immigration, activism, love, lust and mental health are important themes in “Hell’s Fury” but unfortunately, mental health which is the main theme of the whole film is not fully explored. The film gets interesting thirty minutes after its start time. This is too much time to get the viewer hooked, the story is also slowly developed.

Olivia starts stalking soon after Okeke is released from jail. She knocks his wife down with her car, kidnaps his kids. Does Olivia’s behavior stem from heartbreak, obsession, love or delusional disorder? These are important bits that the scriptwriter gives focus to, and establishes on none. When we see Olivia interact with Mr. Okeke in jail, there is a connection. He flirts with her constantly by touching her hands and offering her flowers. She confuses this for love and hopes that by fighting and getting him bailed, they will have a life together, unfortunately, the day he is released. He meets up with his wife and ignores Olivia after.

The film tackles some other interesting issues. For example, fake visas and fake work permit, and how Nigerians process this through fraudulent way. It also highlights America’s lack of tolerance for this. We also see a reason why some Nigerians are desperate to leave the country. The problem of insurgency is explored. “Hell’s Fury” enjoys a comfortable budget, it makes use of explicitly impressive locations, though the continuity personnel makes the film suffer from inconsistencies on different occasions, for example when Okeke is bailed and complains of lack of money but has a house fit for the rich and a flashy car.

“Hell’s Fury” is quite intriguing. The production quality is impressive. Clarion is in her best element. Deyemi Okanlawon as an activist and an immigrant facing the American jury is worth commending.

Previous Post Movie Review: “One Night”, after a one night stand, comes a Baby and Love

Next Post #NTA: Watch Denrele Edun, Tunbosun Aiyedehin & More In ‘Everything In Between’