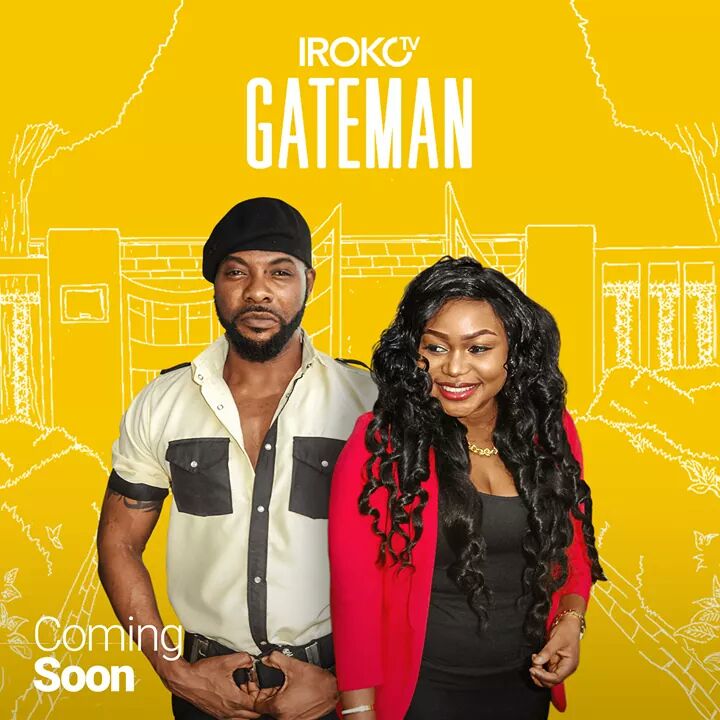 Taking a new position as the General Manager of an already flourishing company can be hectic and full of its own challenges, to understand the people you will be working with has its own challenges.  In Reginald Ebere’s new feature,  “Gateman”, Daniel (Bolanle Ninalowo) uses a strange method to get used to his staff, before starting work with them. Daniel disguises himself as the gate man;  to get first-hand experience  with people at the office.

Gateman is also more than a disguise story, but also a tussle by two men for a woman. Tony (Benedicth Johnson) who has been the Managing director of a company and Frances (The Head of Human Resources) are lovers. Everything is fine until a new gateman is introduced to the workplace. Frances has a crush on the good looking gateman and starts disrespecting Tony as a result of her new love interest. There is no hint to a problem in their relationship but once Daniel arrives, their relationship goes from good to bad, and from bad to abusive.

The Gateman is an interesting story but it lacks proper development through its first act. Once we get through the first act, Bolanle Ninalowo and Ruth Kadiri make this worth it. However, I am not impressed by the portrayal of Frances as an obsessive woman that goes from one man to another in the same work place.The need to create drama goes overboard, and Frances is unnecessarily at the center of this. It is good to see Benedict Johnson on screen again. He is over the top as Tony, but good anyway.

Gateman is over two hours long, and this is too long for a story that could have been sustained in an hour and fifteen minutes time. I watched Gateman in bits, I had to take breaks. There were scenes that could have been totally discarded but they made the final cut. The acting is great. The images are crisp but sound is not too perfect.

Gateman earns a 6/10 from Xplore