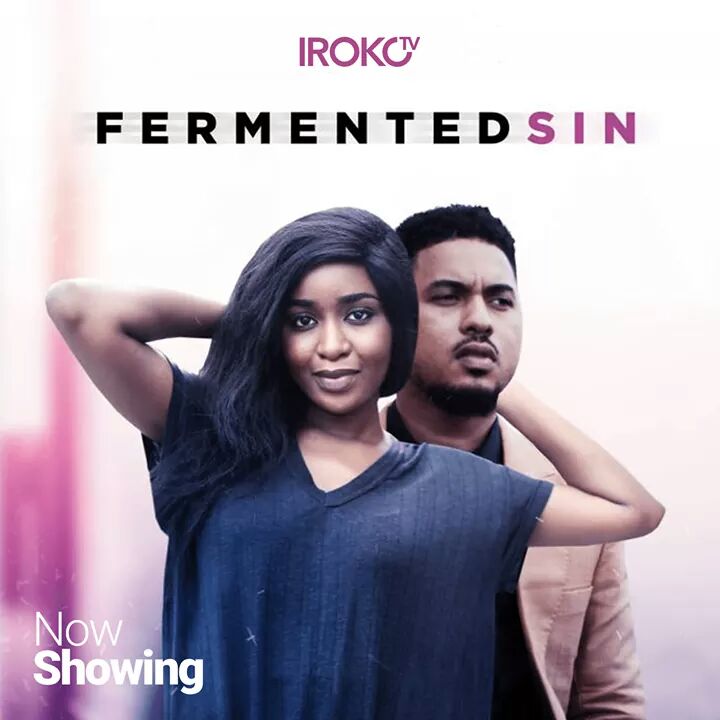 What comes to mind when the very first introduction of a character shows him with a woman having sex?

Only for his girl-friend to show up and he throws the first girl out discreetly. I guess, you are spitting “player”. That is the image that is promoted of Segun ( Ben Lugo) who after some pleasurable time with a strange woman is surprised by his actual girlfriend, who calls in to announce her pregnancy. Segun who is not happy about the pregnancy, accepts it and decides to marry Isoken (Debby Felix). When their families meet, we experience a similar situation with what happened in Meet the In-Laws. Here too, there is a history between Segun’s philandering father,  Kunle (Saheed Balogun) and Isoken’s mother Linda (Ayo Adesayan).

22 year old Segun is unable to marry Isoken without his father’s permission. Their relationship suffers slightly, and like every love story, their families reconcile and they have their happy ending.

There is a slow, and an incomplete development to Segun’s character in ‘Fermented Sin’. While the title tries to sell the film as a story of  incestuous events, there is more to it. One minute Segun is a playboy, the next he is repentant. One minute, he wants to be married, the next he is not so sure. Isoken is also given very little to work with. We do not see her character evolve and the writer makes us anticipate this.

Fermented Sin suffers from many undeveloped characters and it is there to advocate for the popular “Love always wins” saying, the problem is that this is not intriguing and turns out as one of those films where the lead characters offer very little enjoyment to the viewer, the supporting characters played by Saheed Balogun and Jennifer Eliogu save the script. They are not there in every scene to make the film intriguing though, and so for every minute they are not there, we spot a problem.

The casting is quite accurate. They needed two young people to play in lead roles and they got that with Ben Lugo and Debby Felix. While the story does not offer anything intriguing, you can still check it out to see if it is your kind of film.