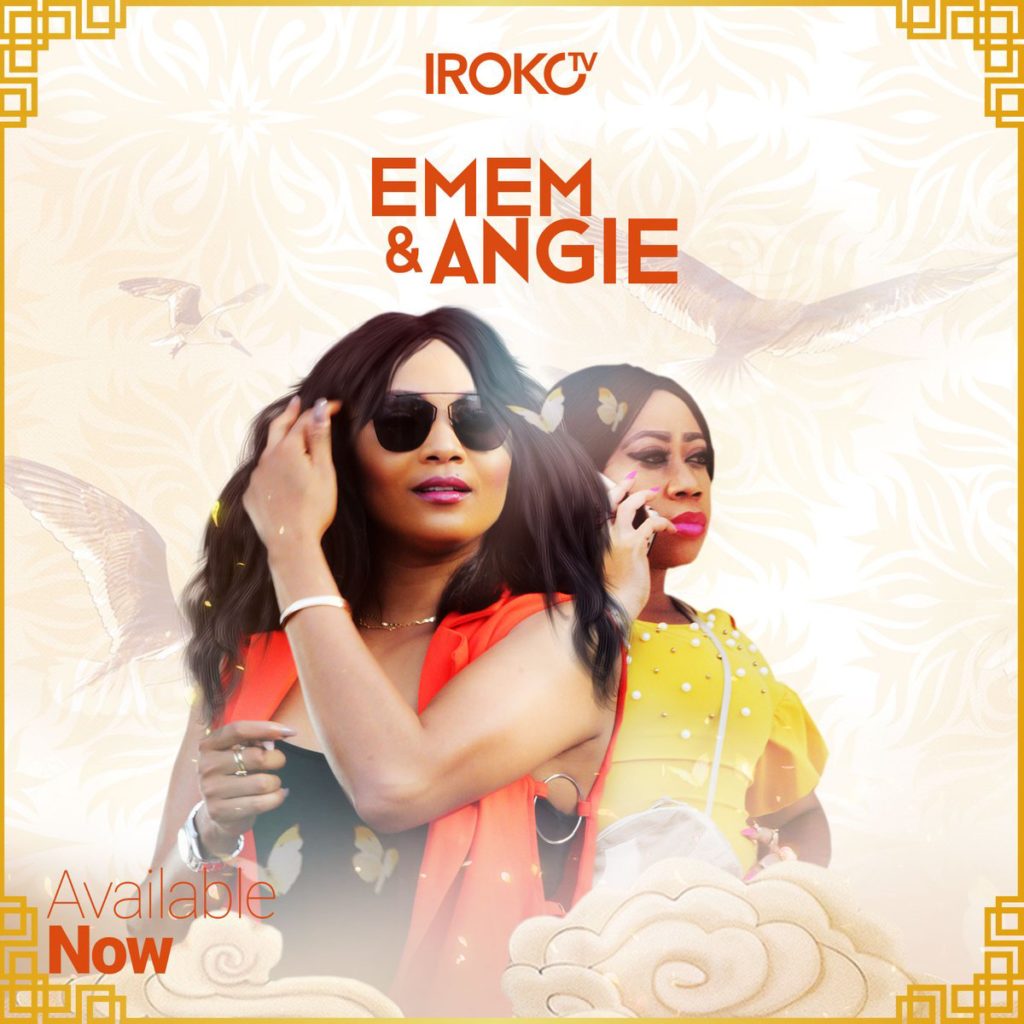 “Emem and Angie” is a comedy that banks on the talent of  Moyo Lawal as Emem, and Chealsea Eze as Angie to offer the viewer some pleasurable time.

Two women; one in Ibadan, the other in Lagos, lead completely different lives. While Emem is a prostitute and a street thug, Angie is from a wealthy home, preparing for her wedding to Alfred. Angie is from a pampered background – she has it all. While her bridezilla antic is getting on the nerve of friends, someone tries to murder her some nights to her wedding. She is pushed off the stairs, but survives the attack. On the same night, Emem has a confrontation with a customer that tries to kill her. They both wake up with switched bodies. Angie in Emem’s body; and Emem in Angie’s Body.

Angie, who comes from a comfortable background wants her life back, but Emem sees the opportunity as God’s compensation for every trouble she has been through. The switch leads to a big revelation for Angie, and while that is where the film begins to go downhill, there are many reasons “Emem and Angie” is a pleasant film.

In August, “My Wife and I” which features Ramsey Nouah and Omoni Oboli was released to the cinemas. The film focused on a couple switching bodies and if you have seen “My Wife and I,” “Emem and Angie” aims for the same thing. Emem and Angie position Moyo Lawal and Chealsea Eze as lead stars and they are worthy of commendation. From the first scene, Emem is the loud mouthed, foul speaking character, and Angie has more composure, but the actors fit into each other bodies and they complement each other.

The writing is humorous with enough drama to keep the iRoko TV audience hooked. While the final revelation is cringe worthy, the film is stable and memorable for the better part of its showing time. The leads are not the only impressive faces, we also have Genny Uzoma who plays Rosie. The actress is remarkable here.

“Emem and Angie” prove that not every film should carry a strong topic, but should be enjoyable.