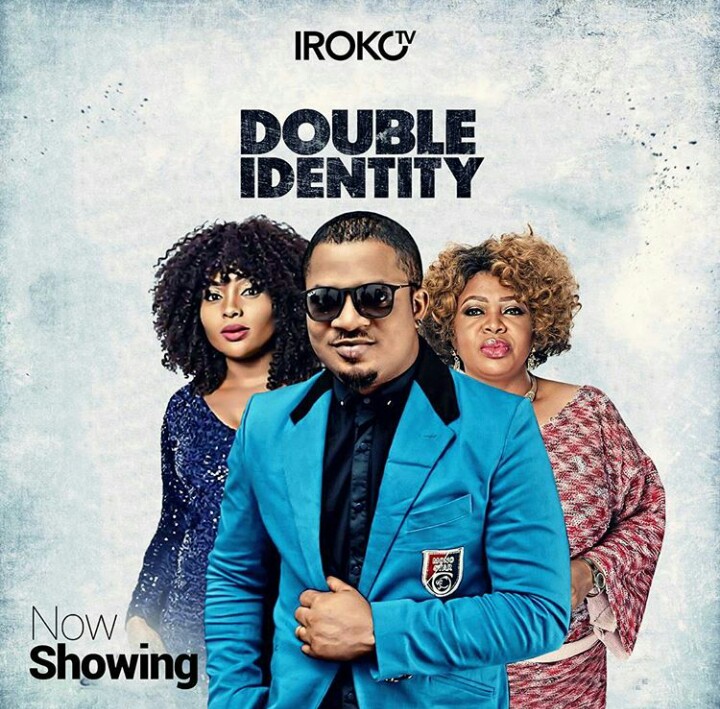 The purpose of “Double Identity” is to tackle two issues, first it is to dramatize a heart disease detected on a young boy , and secondly, it offers the problem of multiple personality disorder but it fails at both.

A couple, Nma (Mary Lazarus) and Dare (Walter Anga) seem to have the perfect marriage. Dare has something to hide, he shuffles between Lagos and Abuja to satisfy both his mother’s needs and his wife’s needs. He has told his wife that his mother disowned him for making the decision to marry her, and for his mother, his regular travel away from home has to do with an unfinished business.

In a tussle for the maintenance of family wealth, his influential mother (Jennifer Eliogu) who has her sights on a political office decides to arrange a marriage for her son with the daughter of her political god father. We find out that it is not the first time she has attempted to set the wedding. When Dare rejects this, she blocks his account and he finds out that his young son needs a heart transplant, he decides to marry the arranged bride, Olivia (Chealsea Eze) but his wife shows up on the wedding day. On the wedding day, we find out that Dare is a twin, and has been impersonating his dead brother. He also suffers from multiple personality disorder. Trust us; this story is as constipated as it looks. From the first scene we find that Dare is not telling anyone the truth which should have set the tone for what we expected to be an intriguing drama, it however fails us.

The attention shifts from a young boy in need of heart transplant, to his father’s multiple personality disorder and soon, the writer expects us to swoon and dive into the idea of her love story. True love is projected as the purpose for the story but… The story is disjointed, characters are undeveloped and we do not understand the directive of this plot.

Double Identity has a catching name and the combination of Walter Anga, Mary Lazarus,  Jennifer Eliogu is juicy but does not save the film. Chelsea Eze struggles to represent the spoilt brat. Her accent goes through a switch with every dialogue and that is the least of our troubles watching this film.

Next Post Movie Review: “No Bride for Dad” features one of the best child actors in Nollywood!