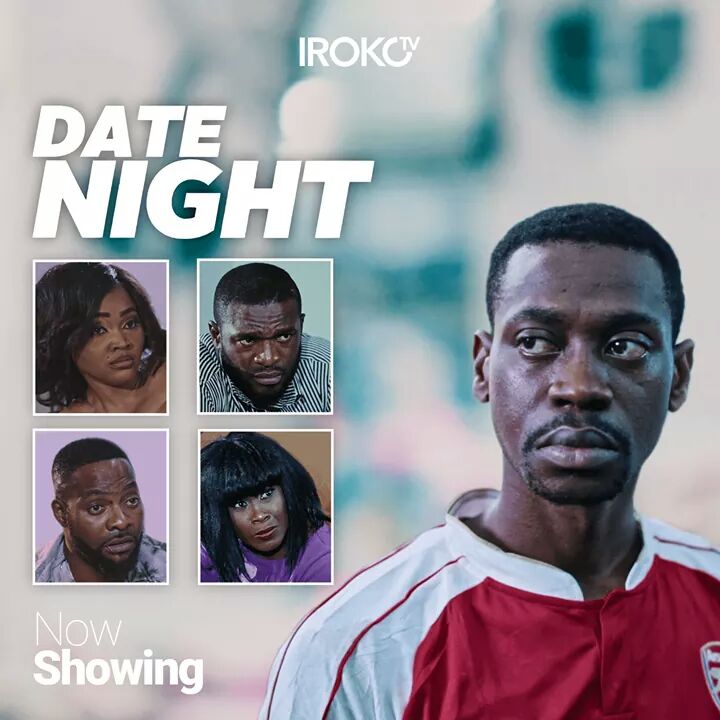 Michelle (Uche Jumbo) and Henry (Kenneth Okolie) have a wedding to plan, and to introduce Henry to her closest cousin, she sets up a group date. Joyce (Mercy Aigbe) and her husband Foster (Bolanle Ninalowo) attend. Unfortunately a robber, Andrew, who is on the run, invades the restaurant and keeps the entire customers hostage. As he starts an aggressive conversation with the group, they are forced to divulge secrets, and for some of them, they have been living a lie.  The robber is inspired by the lives and the revelations of the strangers; it inspires him to open up on his own obsession with Sandra, a beautiful lady that makes crazy demands that has forced Andrew to become a robber to satisfy her.

The story  takes inspiration from many situations in our society. If you pay attention to interviews from paraded robbers, they always have a funny story to tell. They are either eager to impress their mother in-law’s or most of them want their girlfriends to own and flaunt expensive things. And so they steal. This is quite an unexpected storyline, and some people will find it unusual that the young man goes through the whole stress to impress a curvaceous and light skinned woman, who clearly has older men fending and supplying for her. The reason she stays with him, is of course greed.  You know there are women out there that would not raise a finger to work but will make questionable demands from men.  It is interesting to see the writer depict Michelle similarly. Michelle is an OND holder but lays claim to schooling abroad, and wants a boyfriend that works with Shell. Her fiancé lies to her because he does not want to lose her. It is when the armed robber intrudes that they both learn the truth about each other.

The film is quite unconventional. The armed robber is the snoopiest character you would find in a film, but films that are unconventional are quite memorable and Date Night falls into the memorable list. Its impressive actors do the story a lot of justice. Kenneth Okolie is in the background here, he has very little to say, and there are very few actions from the actor but he is a better fit than many other actors, and so it is good to see him in the role. Bolanle Ninalowo is the most impressive. Bolanle is a good actor, and for now, even though he continues to take similar roles, he does well with them. In Date Night, he is not the play boy. He is the loving husband, and his comfort in his role as Foster is highly commendable. The female actors, Mercy Aigbe and Uche Jumbo are compatible on screen and really good too.For Abdulkareem who plays the lead role; clearly, he was trained as a stage actor. His performance gets theatrical on so many instances. Nonetheless, he is an enjoyable actor and does a good job of portraying the confused thief. Pacal Amanfo makes a comic appearance in the film, and it is quite the highlight.

The storyline and acting makes “Date Night” a good movie to watch.

Next Post ‘Just Not Married’, Lagos Comic Con & More Showcase at Day 4 of the #RTF!!!