Written by Dami Orimogunje (Mo), Bandits follows Fred (Bethel ‘Sentator’ Njoku), a young man who loses his job and his rich uncle (Gbenga Titiloye as ‘Chief George’) at about the same time. The uncle willed him a painting but Fred sold it dirt cheap to an art gallery. He barely made use of the money as a pair of debt collectors (who’d been hounding him) took everything. Running into his girlfriend (Linda Ejiofor as ‘Chisom’), he learns of a note stating that a cheque of 96 million naira was behind the artwork.

They race back to the gallery but don’t make it on time as a buyer (Joke Silva as ‘Mrs. Doherty’) had taken it away. The gallery manager was being unhelpful till Chisom’s sister (Chioma ‘Chigul’ Omeruah as ‘Philomena’) walked in and disarmed him. Chigul (Banana Island Ghost, Remember Me) was a bit too aggressive for her role, needlessly amped-up on many occasions. She played a money-monger who’d rather have nothing to do with a jobless Fred.

Stanley ‘Funnybone’ Chibumma played Amala, Fred’s sidekick and confidant whose performance bore traces of stand-up comedy. The story became inconsistent when Philomena outlined her plan for retrieving the painting. It was the same day she heard of the vacancy at Mrs. Doherty’s that she planned the heist and applied for the job. How did she know her client’s timetable before the interview for such a structured plan?

Joke Silva (Kada River, Timeless) doesn’t give an exceptional performance here as she turned the robbery into a joke. For someone being robbed, the results of an adrenaline boost could have been better enacted. She wasn’t trying to wake her bodyguards or dial the police station. At a point she lowered her weapon, turned her back on the four invaders, and offered them pillows to kneel on. Who does that?

The picture quality was good and the costumes (by Nwagwu Olohigbe) were largely comfortable, except for Joke Silva’s hair, they seemed untidy. Camera angles (by George Joel) were impressive, sporting a conscious effort to capture many different parts of the story in a frame. Like much earlier at an eatery, where Fred and Chisom have Philomena scowling in-between their silhouettes. Produced and directed by Muyiwa Aluko (Dream House, North East), this film is a fusion of standup and TV-like comedy for an exhilarating finish. 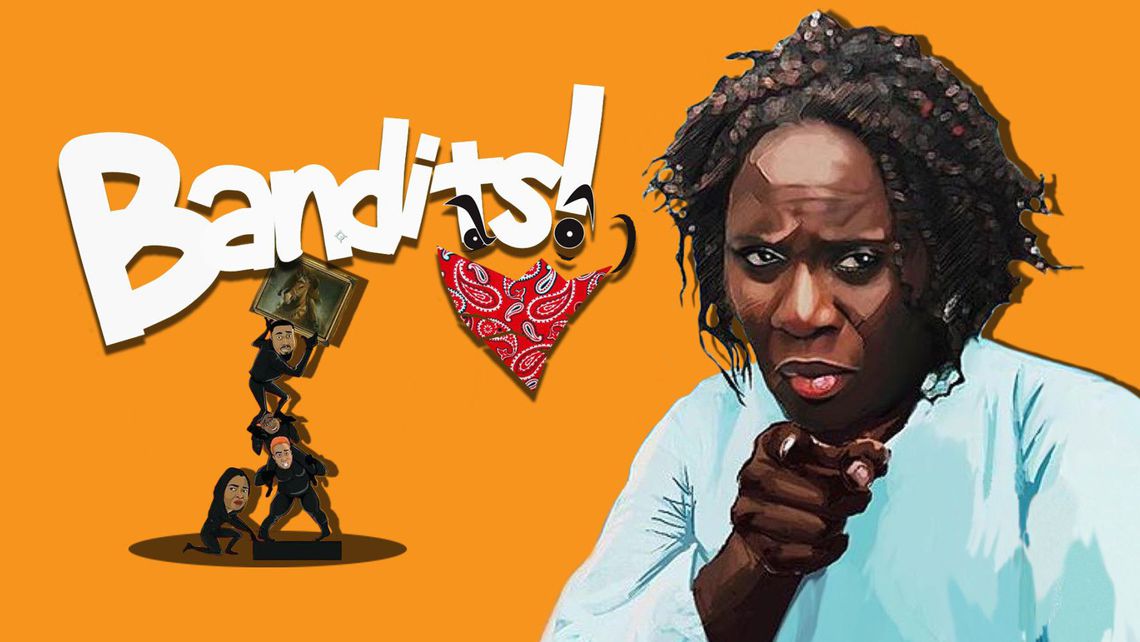 Bandits is rated 6/10 and shows on Irokotv.

Previous Post 20 Most Anticipated Comic Actors In Nollywood This Year!

Next Post #MondayMovieMadness: 9 Nollywood Films Showing In Cinemas This Week