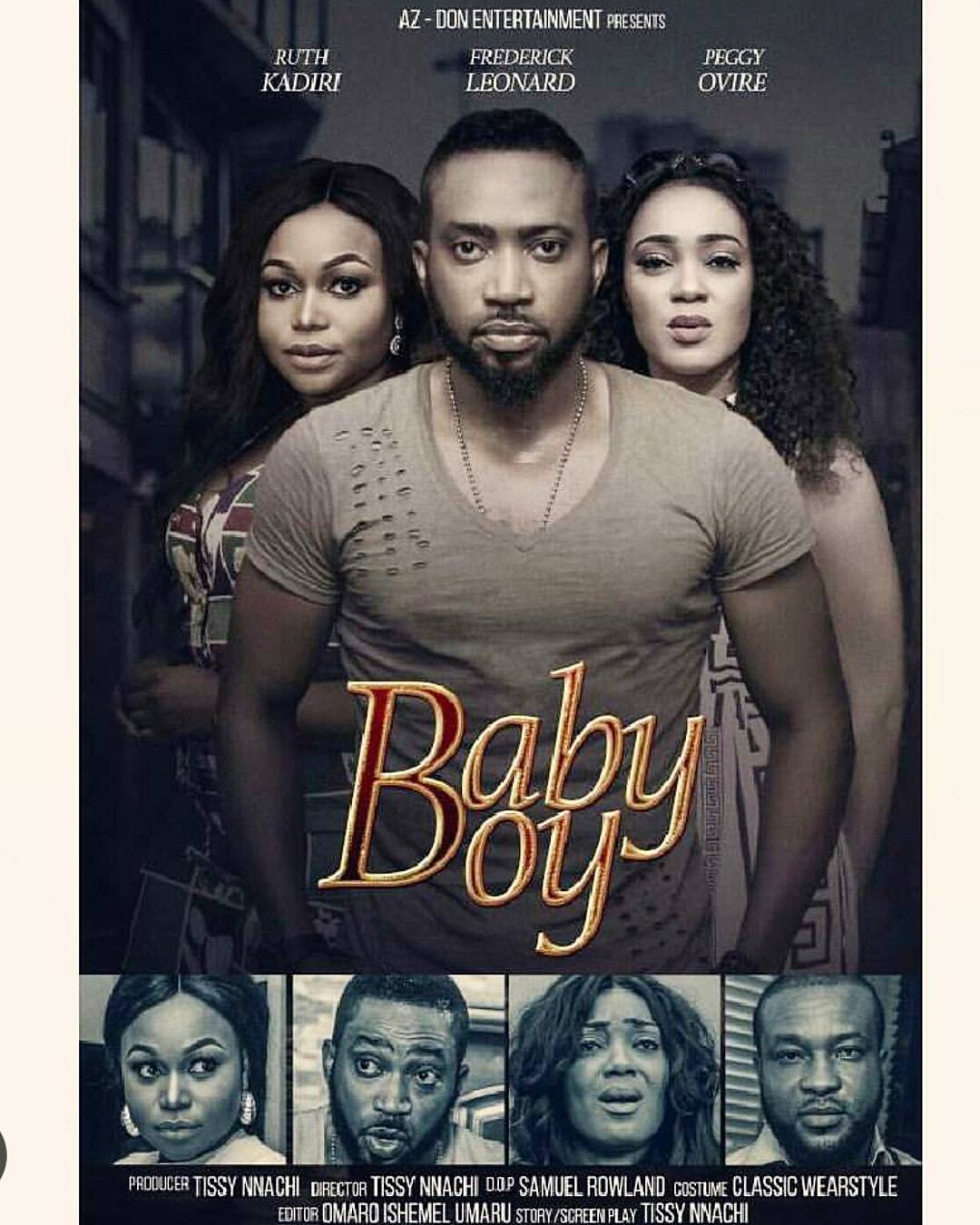 There’s something extremely peculiar about every film produced or directed by Tissy Nnachi. It is not the regular actors, but the generic storylines. There is a struggle that appears with every feature. The decision to agitate for women’s right or to show them their place at the home front runs the ideas for Tissy. Unfortunately, these films never capture the plight of women as they should capture them. They appear as a caricature of female or marital plight, and I presume this is hardly the intention of the director.

In “Baby Boy” an archaic man will not accept female children from his wife. For him, the male child should exist to inherit his wealth. The film starts with his wife in labor, when she gives birth to a boy, he leaves without clearing hospital debt or taking her home with him. She returns to plead and continue as a slave to a man lacking appreciation for her, and a man without the slightest knowledge of the part of Biology that explains what influences a male or female child.

The situation is frustrating enough to watch, but events escalate when he finds a mistress and marries her to frustrate his wife. The new wife played by Ruth Kadiri takes her place, frustrating the older wife and being the standard second wife – rude and unbending. She too, births a female child but this time she takes control and the husband meets his match. This is the script’s idea of creating a feminist. The first wife is thrown out and has to survive sleeping on the street, stealing food and fighting hoodlums.

This film you are reading about is not set in a rural area. This happens to a couple with a lot of wealth. While the situation is possible with such a couple, Tissy does not capture the plight quite accurately. Every suffering the female character goes through is projected to appeal to a select angry audience. Tissy wants his audience to curse men, but he also wants the audience to exalt men. It is another man that saves the woman from her suffering, offers her a car and a mansion to start afresh. The woman is not smart enough to know that the man she is with is not worthy of her time, she lets him kill one of her daughters, and when she finally births a son; she loses him to lack of proper nutrition.

If the idea of women portrayed in Tissy’s film is what women are in general, then it is a shame; but it is not and much is expected from the director.

This particular story will inspire bad marriages, instead of discourage them.

“Baby Boy’s” original intent looks to be a counter to the traditional notion that male children are the best, but in a demand for a female audience, the film creates lots of scenes that should leave any woman extremely underwhelmed.

“Baby Boy” is screening on iRoko TV and if you think that our stories should create more challenging female roles that are relatable as well as challenge women to do better, you can skip this film.

Have you watched ‘Baby Boy’, tell us what you think about it?

Previous Post Check out Stanlee Ohikhuare Video to the Soundtrack of #IDAHOSATrails!

Next Post Movie Review: “5th Floor” shines with Toni Tones, but suffers from a downward spiral!