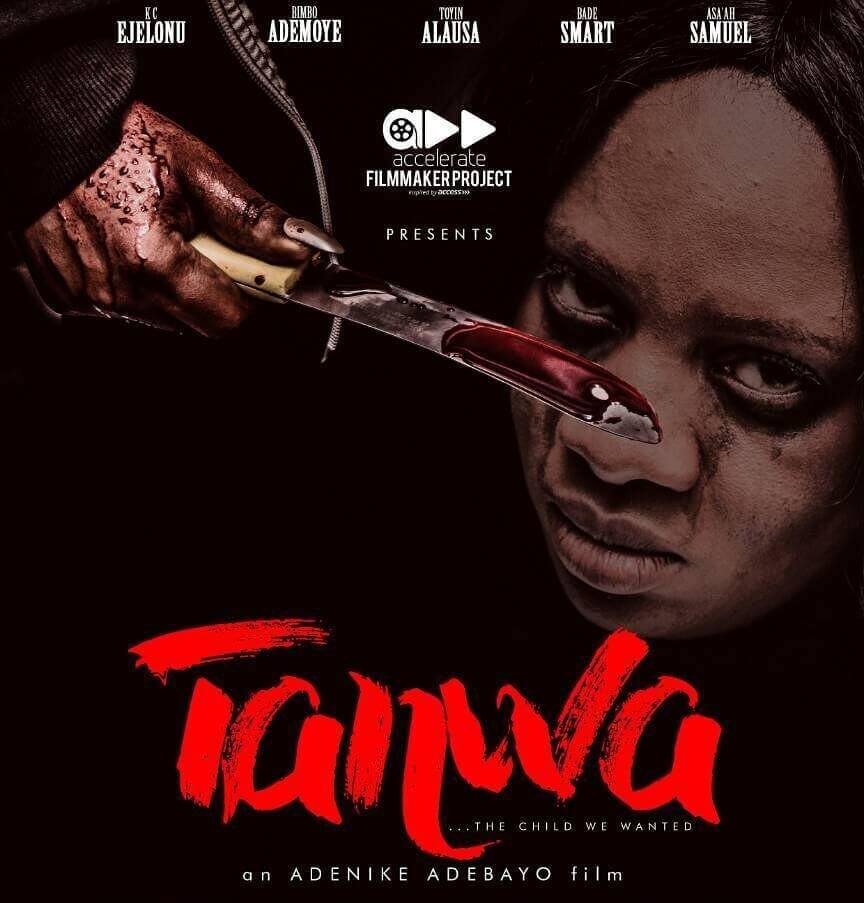 Written, produced and directed by Adenike Adebayo (now ‘Esho’), Tanwa details the experiences of a schizophrenic (KC Ejelonu as the titular character) who believes she killed her sister (Bimbo Ademoye as ‘Mo’). KC Ejelonu (Miscellaneous) had her performance going for her, and her hair, in trying to make her look as disturbed as possible, was rightly disheveled. But as much as she was seen brooding over an uncommitted murder, she still failed to make a loud statement for schizophrenics in this film. Bimbo Ademoye (Naomi’s Dilemma) played the part of a thoughtful sibling cast in the wrong light, i.e. cheating with her sister’s ex boyfriend (Asaah Samuel as ‘Manny’). Her performance was way above average, and like every other member of the cast, she was visibly invested in her role.

Nevertheless, the film had a few glitches with the camera angles and certain wide shots. Like in a scene where Tanwa got upset with Mo for heavy petting in a living room. A bluish hue serving to inform the viewer that a scene was an hallucination was understandable but not comfortable. The audio (by Oyindamola Dada, Samuel Olateru and Nkem Ikeh) though clear enough, had the type of background music and out-of-place percussion that sounded nothing short of eerie. The subtitling was also on and off. ‘On’ during a dialogue featuring Tanwa’s mother (Toyin Alausa) and ‘off’ whenever Bimbo Ademoye had to go vernacular. On a good note however, the costumes (by Keshe Mumidele) were okay and the story had no unnecessary scenes or subplots.

Shot by Lawrence Adejumo and Ubong Ofong, Tanwa is a 14-minute Acceleratetv production slowly paced and laced with nothing for a lasting impression.

Previous Post Omotola at 40: Actress to celebrate with 5-Day event!