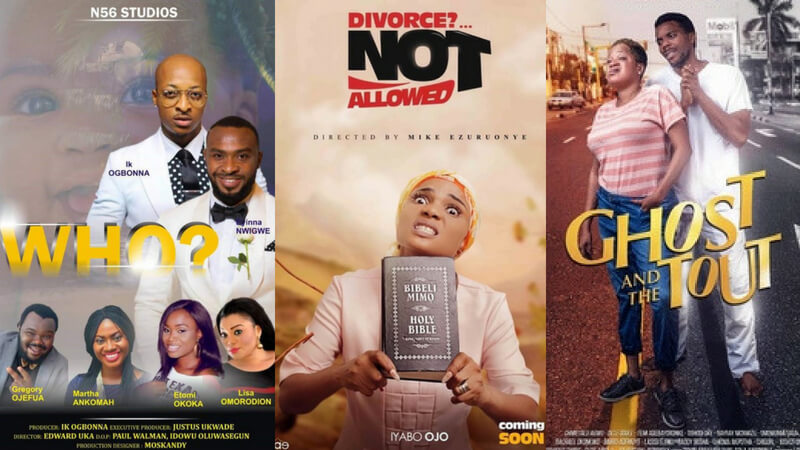 Leading in Nigerian cinemas this week is Charles Uwagbai’s Ghost and the Tout. Produced by Toyin Abraham, the film shows in 24 locations this week, beating Robert Peters’ Alexandra and Sukie Oduwole’s Talking Dolls to secure the number one spot. The Ghost and the Tout brings along a star-studded cast that includes well known Yoruba actors such as Femi Adebayo and Dele Odule. Date Night, Who?, and Divorce?… Not Allowed appear to be shedding showtimes as they appear in a few locations. While we await Lara and the Beat (from the co-producers of Banana Island Ghost) and Moses Inwang’s Crazy People, here we go with the 6 Nigerian films showing this week:

1. Ghost and The Tout

For the first time in history, an Ibo and Hausa couple will get together and fall in love for a hilarious story that would become a world headline.

A man is held hostage by the woman he brings home for the night and an intense struggle for survival follows.

Previous Post Odunlade Adekola Bags A 5-Year Degree From The University of Lagos!