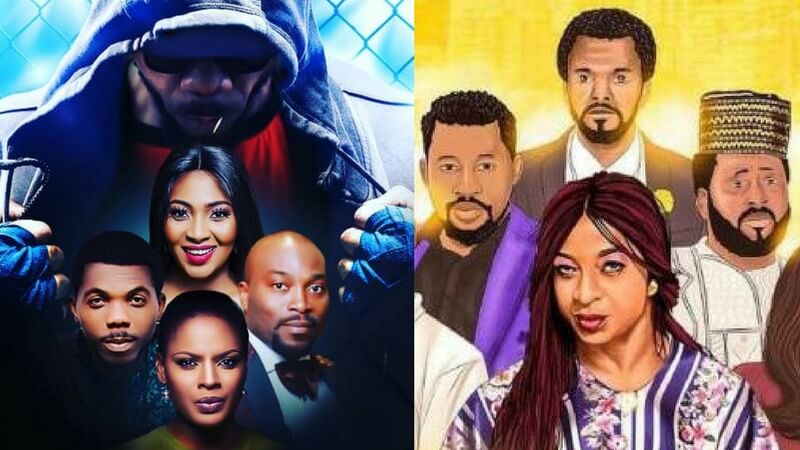 Disguise, a hilarious comedy starring IK Ogbonna and Nancy Isime, finally made it’s debut on the 2nd of March. The film shows in 23 cinemas across the country, beating Memoirs of 4 and the Falz Experience to make first place. The Royal Hibiscus Hotel shows in 20 locations this week, a sign the movie is still going strong. Also, stars like Gbenro Ajibade, Wole Ojo and Kehinde Bankole appear in more than one big screen production this week, i.e. Memoirs of 4 and Bachelor’s Eve. While we savour the diversity of genres, find listed 10 Nigerian films you should check out this week:

A millionaire tasks a group of young adults to answer the age old question: ‘What do women want?’ In a bid to win the ultimate prize of N10m, a couple of friends decide to disguise themselves as the opposite sex to find the truth.

In the movie, Falz plays multiple characters, featuring in separate scenes as a preacher, a waiter, a lawyer, and a musician. In each scene, he runs into some kind of trouble through which he provides comic relief.

The story tells of a woman who starts seeing a man from her past as people think she’s going insane. The lines between reality and the subconscious become blurred and her nightmare becomes her waking life.

4. In A Strange Land

The story is based on an incredible true life story of a young girl trafficked to London for domestic servitude. This movie seeks to raise awareness and educate Africans in Diaspora and at home on modern slavery.

The story tells of four friends experiencing different emotional roller coasters brought about by the pressure, frustration and agony that most unmarried ladies within certain age brackets face in some parts of Africa. It tells the story of how some were able to withstand the storm and how some found strength in their fall.

In this romantic comedy, an aspiring restaurateur returns to her home in Lagos to try and refine the fare at her family’s little hotel, only to find that her parents are planning on selling out to a rich (and devilishly attractive) buyer.

June is a romantic comedy that follows a wedding planner played by Michelle Dede who is in search of love. But will she be able to overcome a Bridezilla from hell?

The story tells of a handsome player ready to tie the knot with the love of his life. Their relationship is made in heaven, but twenty-four hours to the D-day a dark secret rears its ugly head.

9. Wives On Strike: The Revolution

In this sequel, Nonso has continued his romance with Deirdre, the bridesmaid from London. Nonso proposes while on a dinner date and sets off a chain of events too powerful to stop. Deirdre’s upper-crust British family are against the match, as are some members of the Nigerian clan, but Deirdre’s determination can’t be contained.

If you’ve not seen any of the movies, endeavour to do so this week.

Next Post ‘Hello, Rain’ Set To Premiere At The International Kurzfilmtage Oberhausen!