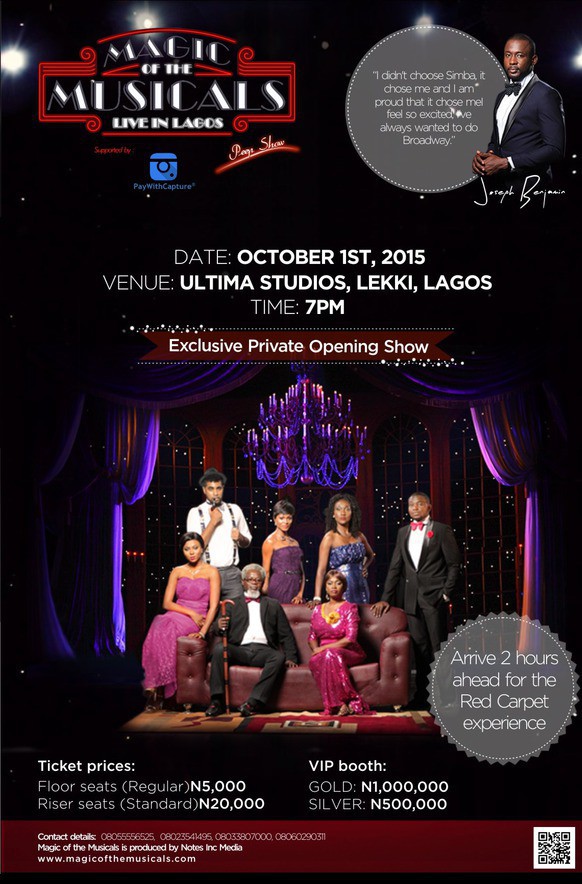 Scheduled to take place October 1, 2015, at the Ultima Studios Lekki Lagos; the Broadway-styled musical will showcase singing and dancing from the greatest productions of all times including; Fela The Musical, The Lion King, The Phantom of the Opera,  Chicago, Aladdin and a host of others.

Asides the line-up of plays, the musical would also present the immense talent of  Nigerian stars such as; Victor Olaotan, Joseph Benjamin, Stephanie Coker and Eva.

‘Magic of the Musicals’ is poised to usher in an era of home-grown Broadway standard plays and musicals laced with forgotten Nigerian Folklores.

Next Post Spirit of David Presents: The Butcher and the Bridge